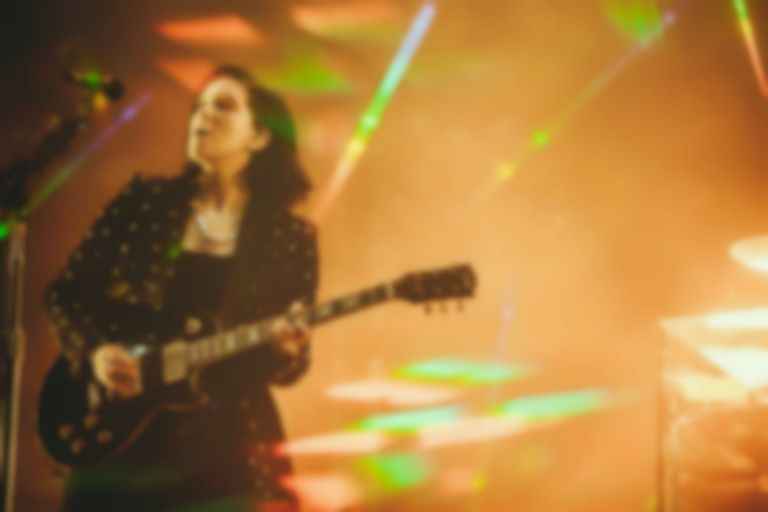 Romy Madley Croft of The xx has announced that she's releasing her debut solo single "Lifetime" this evening (29 September).

Last night (28 September), Romy Madley Croft of The xx announced her debut solo single "Lifetime". The track will premiere on Annie Mac's BBC Radio 1 show at 6pm BST today (29 September), with a lyric video due to follow at 6:45pm BST.

I’m so excited to announce that tomorrow I am releasing a new song called 'Lifetime' I'll be on @bbcradio1 with @anniemacmanus for the first play ‪tomorrow evening at 6‬:00pm BST Afterwards I'll be premiering the lyric video on YouTube ‪at ‬6:45pm BST The link is in my stories, can’t wait!@viclentaigne

News of Romy's solo single arrives after her April livestream that saw her perform solo track "Weightless", which is due to feature on her debut solo album that's yet to be announced.

Discussing her album during the livestream, Romy said it'll be a "lot more upbeat", and added it's "not exactly going to be guitar music, but it’s going to be fun."

Just last month Young Turks label boss Matthew Thornhill confirmed that The xx members were working on solo material, but were still collaborating on each other's projects, "At the moment, all of The xx are working on solo projects. Young Turks artists always collaborate together and The xx are no different, Romy and Oliver both sung on Jamie’s record, Jamie is producing tracks, along with other people, for Romy and Oliver, so there’s a lot of collaboration between the band. They’re all working independently and hopefully some of that will see the light of day this year from all of them."