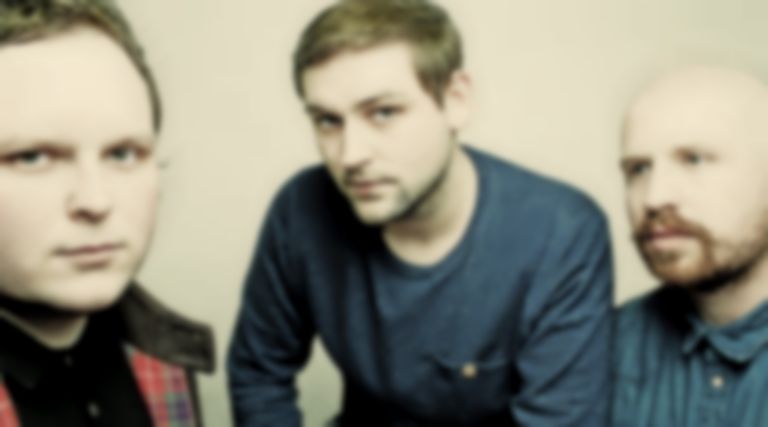 Scottish trio The Twilight Sad are reissuing their debut album Fourteen Autumns & Fifteen Winters for Record Store Day on 19 April via FatCat Records and to celebrate they’re giving away a free download of their recent performance with The Royal Scottish National Orchestra at Paisley Abbey.

Vocalist James Graham spoke to us about the performance:

“If I’m honest playing with an Orchestra was something we never thought would happen with this band. I thought things like that only ever happened to bands like Metallica. So when we were asked if we’d like to perform our songs with The Royal Scottish National Orchestra we felt that opportunities like this don’t come around everyday so we said “yes” straight away.

We always want to push ourselves and try new things and this gave us a perfect opportunity to do just that. We’ve been performing as a three-piece playing a stripped back sets for most of the year and felt that performing in a similar way with an orchestra would make a lot more sense.

Paisley Abbey was a perfect venue for the gig as its pretty spectacular and the gig sold out in a couple of hours which was cool. It’s probably the most nervous I’ve been before a show because of our surroundings and the occasion itself (I was also relatively sober as well for once). All in all I think the gig went well, the crowd were great and I’m proud that we put ourselves out there and tried something new.”