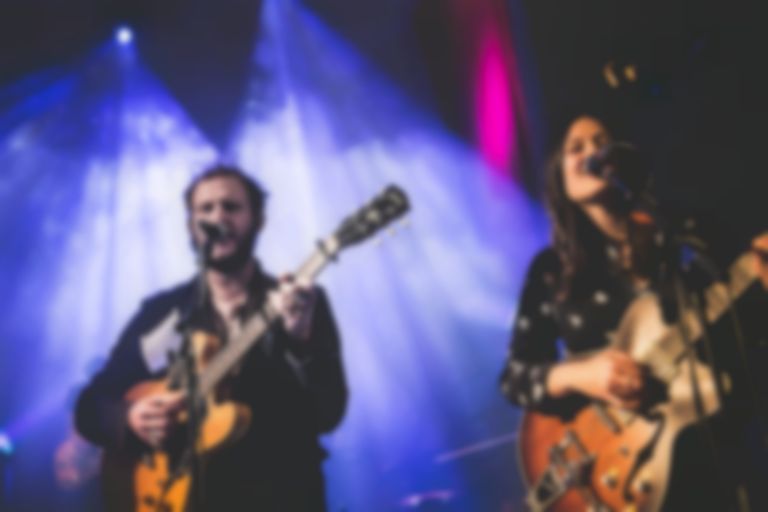 Folk trio The Staves and Bon Iver mainman Justin Vernon have teamed up to cover Bruce Springsteen's 1984 track "I'm On Fire" in a new live video.

The band and their mentor also speak about the choice of track before performing it. The perfomance was recorded at Wilton's Music Hall in London.

If I Was is out now on Atlantic. Vernon helped produce the record, and has been joining them on tour recently to perform various tracks, including album cut "Make It Holy" which you can watch here.

Check out The Staves and Vernon tackling The Boss via Consequence Of Sound. You can listen to the original here.

The band have an extensive tour ahead of them, with shows across the UK and Ireland, both headline dates and festival slots. They've also announced their biggest UK headline show to date at London's Roundhouse on 9 November. Tickets for the headline shows go onsale at 9am on 17 April.