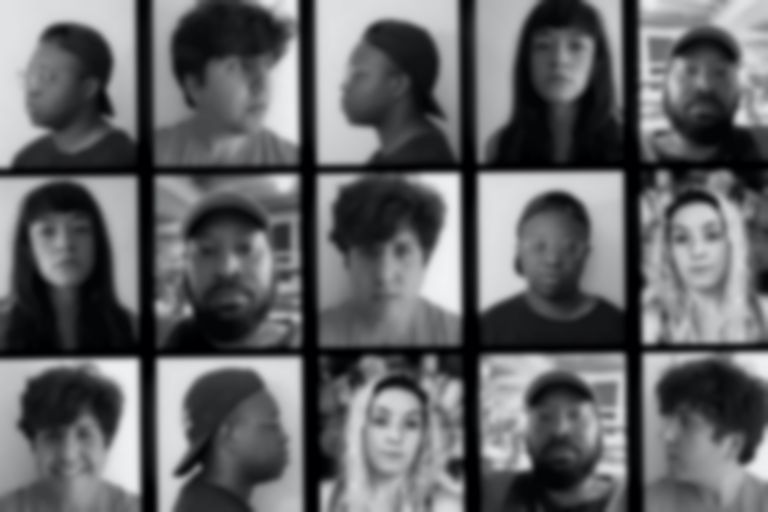 Psychic Hotline, the new record label launched by Sylvan Esso and their longtime manager Martin Anderson, has unveiled the second instalment of its Singles Series, which features two covers by Bartees Strange, Ohmme and more.

Sylvan Esso launched their Psychic Hotline label in August with the first instalment of the Singles Series, which included Meath and Blake Mills' "Neon Blue" song, as well as cover of the same song by Sam Gendel.

Today (28 September) the second release of the Singles Series has been unveiled, and it sees Bartees Strange, Eric Slick and Ohmme cover TV on the Radio’s "Province", while Anjimile covers Beverly Glenn-Copeland’s "Ever New" on the b-side.

Eric Slick says of their cover, "Bartees and I started talking earlier this year. I loved his album and there seemed to be some interest in working together. We talked about our admiration for TV On The Radio. I was driving around one day and thought about how much I listened to Return to Cookie Mountain in 2006, and how it was a formative record for me. It’s such a strange and simultaneously straightforward album. I made a basic acoustic cover of their song "Province" and from there Bartees added his vocal take. Then I reached out to Ohmme, one of my favorite bands from Chicago. Sima and Macie added some ethereal swells and tied the whole song together. Then I removed all of the rough tracks and built a more modern structure underneath with Mellotron, Moog, and MPC. I’m so excited about the way it came out, and I am deeply inspired by what Bartees and Ohmme brought to the table."

Anjimile adds of their cover, ""Ever New" is simply one of the most beautiful songs I’ve ever heard, and it me on every level, and as a black trans musician it is an honor to cover it."

The covers of "Province" and "Ever New" are on digital platforms now. A physical 7" vinyl is set for release via Psychic Hotline in early 2022, and is available to pre-order now.