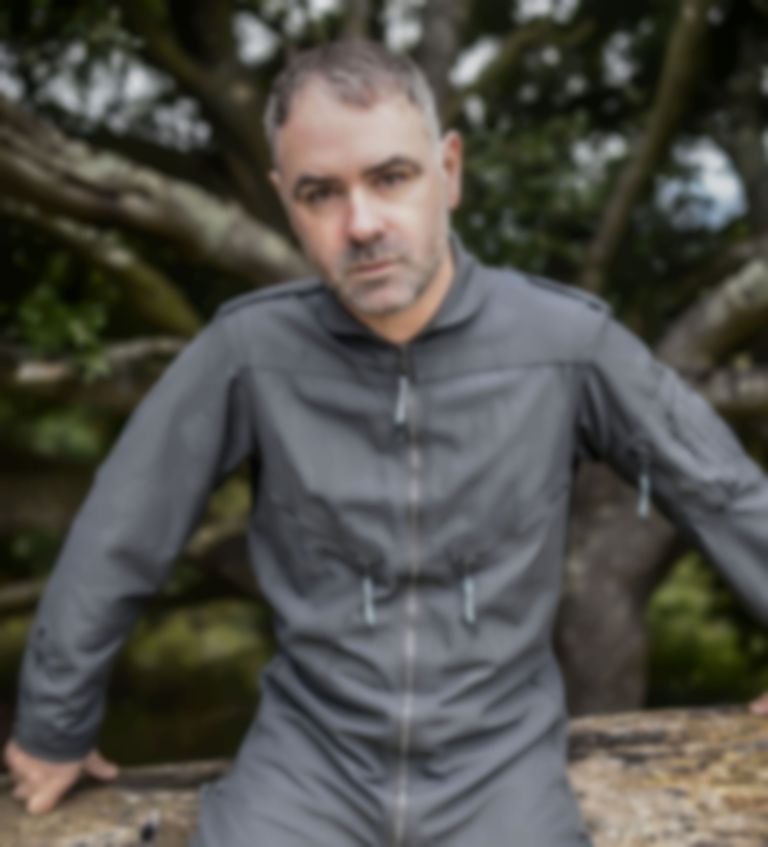 Steve Mason announces his fourth record About The Light alongside lead track "Stars Around My Heart".

About The Light will be Steve Mason's first record since his 2016 album Meet The Humans.

The first single to be shared, "Stars Around My Heart" is accompanied by psychedelic visuals directed by Brother Willis.

On the video, Brother Wills explains, "I’m a long-time fan of Steve’s work so it was an honour to make a video for him. The concept and inspiration were very much a collaborative effort with Steve. We share a mutual love for the textures and warm personality that outdated formats have in contrast to the crisp HD 8K of today. It was an incredible collaborative experiment to shoot on Tube Camera and modern camera and put it all out to tape and back to try and achieve the feeling of watching a beloved sci-fi movie from your youth. And a good excuse to have amazingly talented people build an alien vessel and hone their early 80’s visual effects skills."

Mason's forthcoming fourth record marks a change for the musician, as he decided to include his live band in the process of making the album.

Mason explains, "I decided with this album that I wanted to get my live band involved at every stage because I wanted to capture the energy that we produce when we play live shows, so this time the band and myself worked on a collection of songs over the course of last year.”

He adds, "When I listen to this album it feels and sounds like the first ‘legitimate’ record that I have ever made. It’s hard to explain but it sounds like a ‘real’ album. I think that is partly the production, the playing and the work that I did with the band for all those months in our rehearsal room on the South Coast."

About The Light was recorded in various studios in London and Brighton, and saw Mason bring on producer Stephen Street.

Street explains, "Steve explained that he wanted to make this album with his band playing more ‘live’ than on some of his previous offerings and also to augment the songs with brass and female backing vocalists. I felt this approach of first stripping back the songs to a more ‘live’ feel to create more space for the more ‘soulful’ elements to breathe in was an interesting one and we got down to work!"

"Stars Around My Heart" is available now. About The Light drops via Double Six on 18 January 2019. Steve Mason will also perform some dates across the UK with a night at London's EartH (fka Hackney Arts Centre) on 7 February 2019. Find out more.