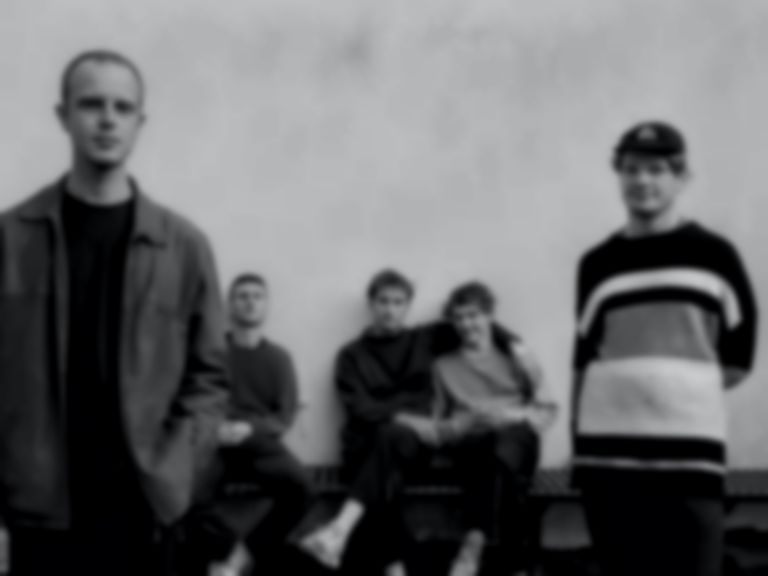 Squid have shared their Remixes EP, which features two reworks of songs from their Bright Green Field album by Loraine James and Cosey Fanni Tutti.

Squid say of the remixes, "What an honour to have Cosey Fanni Tutti and Lorraine James reinterpreting tracks from Bright Green Field. It's no secret we love electronic music and we couldn't be happier with them. Cosey takes you on a dubby voyage to unexplored space with her remix of "Global Groove" and Lorraine on the flip takes "Narrator" to even more paranoid heights."

Cosey Fanni Tutti adds of her remix, "As soon as I heard the song there were certain sounds that immediately inspired me. But a huge factor in what accepting me to do the remix was the free adventurous and experimental approach to making music which fits so well with how i work. So to be given free reign to do whatever I wanted was brilliant. I got pretty forensic extracting fragments of sound as well as deconstructing, manipulating, sampling adding new sounds and rearranging new tracks... I loved every minute of diving into the world of Squid."

Squid's Remixes EP is out now.