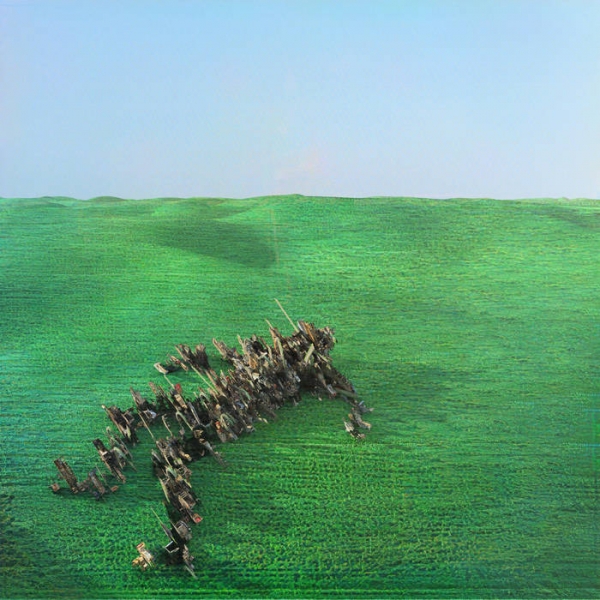 Consistently affirmed as one of the most exciting new bands around, Squid are finally unleashing Bright Green Field - their first giant step into the world - and it’s a debut for the ages.

Produced by the inimitable brilliance that is Dan Carey in his South London studio during last summer's heatwave, Bright Green Field embodies this ever-changing world we endure. All the uncertainty of the past year comes to a crux in Squid's constantly evolving stronghold, with this multi-layered, multifaceted amalgamation of the calm and chaotic. Even from their early days Squid have been a clash of genres and influences - always exploring and innovating - and now their minds are set on realising the true juxtaposing nature of human existence.

Formed at university in Brighton, the five-piece have also been as collaborative as they have experimental. As well as each member’s multi-instrumentalist talents, and a horn and string ensemble - other guest spots include Emma-Jean Thackray, and Lewis Evans of Black Country, New Road.

"Narrator" - the album's first single - finds the brashness of vocalist/drummer Ollie Judge challenged in sonance by the deft softness of guest vocalist Martha Skye Murphy. Inspired by the 2018 Chinese film, A Long Day's Journey Into Night, the song traces the mind of the unreliable male narrator, and his female counterpart trying to escape his romanticised portrayal of women. While Judge is bold and dominant Murphy's vocals are demure and unassuming, having to fight to be heard. It's these refreshingly self-aware winks - highlighting the imbalances of life - that run throughout and create a greater understanding of Squid's plan.

Regularly pitting together the melodious with the calamitous, they stitch together moments of quintessential jazz and soul harmony with cacophonous punk impulse. Tracks such as "Boy Racer" aim to lull you into a false sense of security; beginning relatively reigned in before letting go on an unrelenting, mind-bending wilderness of noise. Abrupt, discordant, and unpredictable - truly, Squid are masters in the thrill of unsettling.

"About the dichotomy between simple pleasures and decadent consumerism", as the band explain, "Paddling" ranges the vast capabilities of movement and tempo. Briefly simplistic one moment then immediately complex and rapid the next, never allowing a moment of comfort. The likes of "Documentary Filmmaker" fold long instrumental passages with monotonal dialogue, the pace slowing to the point where it becomes unnerving.

Unlike most debuts Bright Green Field isn't a grand collection of previously released work - Squid are a band intent on constantly evolving and trying new techniques. "2010" - which will also feature on a very special Live-to-Vinyl EP recorded for Record Store Day - takes on a doubling of vocals and multi-rhythmic percussion-led melodies to depict a disturbing duality between the monotonous mundanity of the lyrics and dramatic cacophony of the instruments.

Also incorporating “field recordings”, from church bells to guitar feedback, this simple gesture works in amplifying Bright Green Field's place in the organic world. Curious and capricious, Squid know how to grab your interest and to keep it, deftly remaining unsettling and reaching for the unexpected, and always leaving enough room to dance.

There's no doubt that the five-piece have created something incredibly special, and they’re already working on a tour to showcase yet more new music for later in the year – nothing can keep them still. The world is truly Squid's oyster.