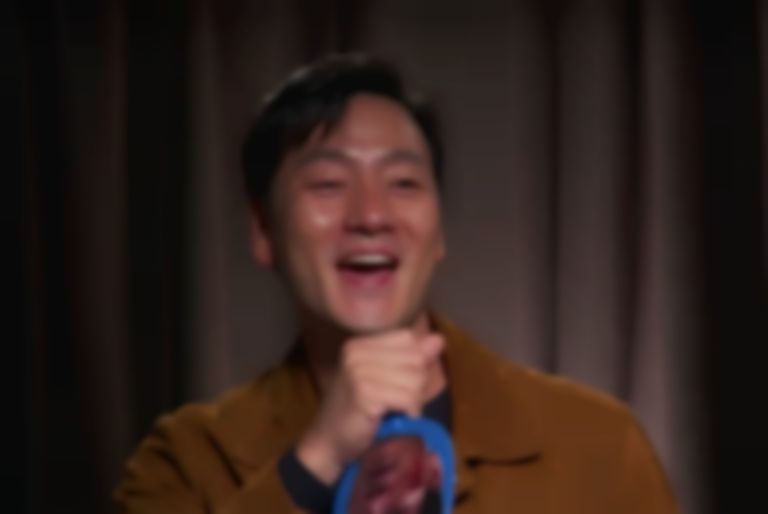 For one question, the director and cast are asked who is the most likely to "sing a BTS song", resulting in two votes for Park Hae-soo and two votes for Jung Ho-yeon (who plays Kang Sae-byeok).

Jung Ho-yeon said, "I mean he's [Park Hae-soo] is a better singer, I think, than me, but I think I know more about BTS than you."

Park Hae-soo continued, "I'm a huge fan of BTS, but I would say I'm more of a dancer than a singer."

Director Hwang Dong-hyuk added, "Oh so you can dance? BTS dance?" leading Park Hae-soo to respond, "No no no no!"

Earlier this week it was revealed that BTS' V will contribute a new solo song to an upcoming drama titled Our Beloved Summer, which will star Parasite's Choi Woo-shik.