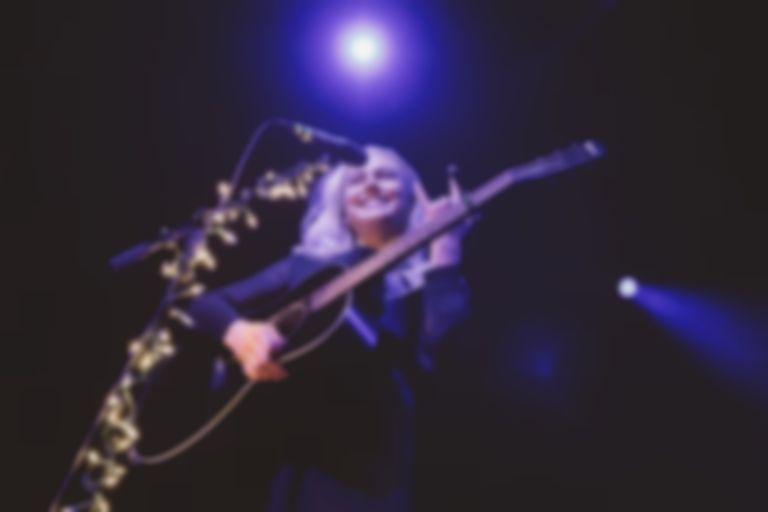 With Christmas about to sprint around the corner, we've sifted through this year's mountain of Christmas covers to find the best ones to freshen up your festive playlists.

Last month Spotify crowned the UK as the contry that streams the most Christmas songs in the world, so we'd better make use of that title and provide you with the top covers of classic Christmas tunes from this year.

Our favourite Swedish pop Queen Robyn decided to deliver a tender version of Wham!'s "Last Christmas" in the BBC Radio 1 Live Lounge earlier this month. Stripped back to a piano melody and soft percussion, Robyn delivers delicate festivity that's like sipping on your first mulled wine of the season.

We don't want to duplicate these covers, but there's another great version of "Last Christmas" from Pale Waves, who put their signature dream-pop spin onto the classic track.

Everyone is a bit partial to some melancholic Christmas covers, and Phoebe Bridgers delivers a elegantly sparse, yet wholesome cover of McCarthy Trenching's "Christmas Song", featuring some guest vocals from Jackson Browne. When deciding to cover the track, Phoebe Bridgers went as far to say that the original "hit me like a ton of bricks". Add one more tonne of bricks, and you get Bridgers' beautiful take.

Billie Marten & Matt Maltese - "Have Yourself A Merry Little Christmas"

Singer/songwriter Billie Marten has teamed up with Matt Maltese to deliver an enchanting cover of Frank Sinatra's "Have Yourself A Merry Little Christmas". With absolute minimal instrumentals, Marten delivers mesmerising, angelic vocals that tiptoe around the tree like an excited child trying to peek at their presents while their parents are asleep. The track is also uploaded to an account called Kipper, which is Marten's new project page for any b-sides, covers, collaborations and demos.

Aidan Moffat & RM Hubbert decided to give Mud's "Lonely This Christmas" a melancholic makeover, and make it part of a larger project - a whole album in fact - called Ghost Stories for Christmas. The twangy guitars and rumbling vocals are a tender take on the original, "It sums up the album well," says RM Hubbert. Moffat even provides some lovely narration towards the end of the track, complete with his thick Scottish accent. What's not to love?

JoJo - "Miss You Most (This Christmas Time)"

If you pick a Mariah Carey cover, you've got to have a great voice. Moving away from Carey's global phenomenon "All I Want For Christmas Is You", JoJo has decided to cover another festive number "Miss You Most (At Christmas Time)", and JoJo even got Mariah Carey's seal of approval. Replying to JoJo's Instagram post, Carey wrote, "Thank you for this beautiful homage! I'm so happy you chose this song that not many people know. It's one of my favourite Christmas songs that i've written." If Carey, the Queen of Christmas likes it, then it's officially a certified Christmas cover classic.

Clean Bandit - "All I Want For Christmas Is You"

It's another Mariah Carey cover, and another one from BBCR1's Live Lounge, but Clean Bandit have managed to refresh the Christmas classic, and mashed it up some reggae vibes, and snippets of Ace Of Base's "All That She Wants".

Shame's cover of José Feliciano's "Feliz Navidad" is a warming Spanish Christmas anthem that arrives with jingly sleigh bells and twangy guitars. It's certainly one of the more fun options from our list, and comes complete with autotune, and is delivered like a football chant. Pukka.

Miley Cyrus and Mark Ronson have been inseperable since releasing their "Nothing Breaks Like a Heart" collaboration, so what better way to round off the festive season with a lovely cover of John Lennon and Yoko Ono's "Happy Xmas (War Is Over)", complete with Lennon's son Sean Ono Lennon. A portion of the money made from the song will also be donated to Spirit Foundations, a charity started by Ono and Lennon.

Cyrus and Ronson also delivered a reworked version of "Santa Baby" on Jimmy Kimmell yesterday (20 December), where Miley updated the lyrics for the 21st century, "Listen Santa to what I say / A girl's best friend is equal pay / Stop interrupting me when i talk / And don’t text me pictures of your-- / Santa baby, I'd love to know my ass won't get grabbed / At work / By some ignorant jerk / Tell the dirtbags, to put away their chimneys tonight."

Northern Ireland's SOAK gives Chris Rea's an endearing makeover, complete with a log fire and Christmas hat. With nothing else but her trusty guitar and twinkling background lights, SOAK's cover is a heartwarming ballad.

The Staves and Flyte - "Have Yourself A Merry Little Christmas"

Last, but not least, it's The Staves and Flyte's harmony heaven cover of Sinatra's "Have Yourself A Merry Little Christmas". We know we said we wouldn't duplicate the covers, but this one is too good to resist. Recorded live before their Christmas show at London's EartH last week, Flyte and The Staves have proved that they could create a supergroup that harmonises faultlessly both live and on record.

After listening to all these festive covers, the smell of orange, cloves and cinnamon is burning through the nostrils, confirming that it's finally time to turn off the stress and focus on fun. Merry Christmas!