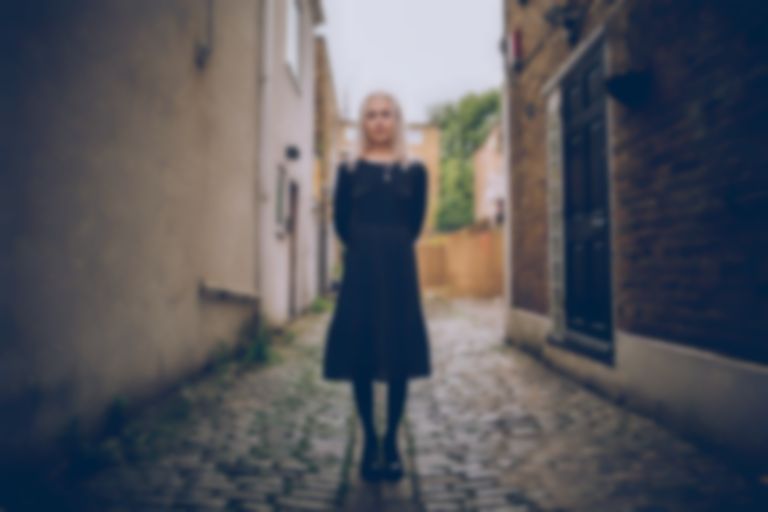 A fan gave Phoebe Bridgers a sword at her show after Ryan Adams excluded her from receiving one on International Women's Day during their tour.

Phoebe Bridgers has shared an image of a sword gifted to her by a fan at one of her Better Oblivion Community Center shows over the weekend.

The gift was given to Bridgers after she corrected an article on The Niche Blog last week, "I was on tour with Ryan on women’s day a few years ago and he got every woman on the crew a sword except for me."

Last month, the New York Times posted a report that revealed multiple accounts of emotional abuse from Ryan Adams against his former partners including Bridgers, Mandy Moore, and Megan Butterworth. The report also exposed an account of sexual misconduct with an underage fan, which later led to the FBI opening an investigation. Adams has denied the accusations and has since cancelled his upcoming tour and album.

The sword gifted to Bridgers arrived with a note which read, "To protecc, to attacc, to looking fucking tight as hecc. Phoebe, I hope you like this real, authentic sword. You don’t need it, but you deserve it. Thanks for sharing your sad songs with us."

someone left this for me after the show last night I’m not crying you’re crying pic.twitter.com/4ABT6QvUSK

Better Oblivion Community Center are currently on tour. They play London's O2 Shepherd's Bush Empire on 11 May. Find out more.