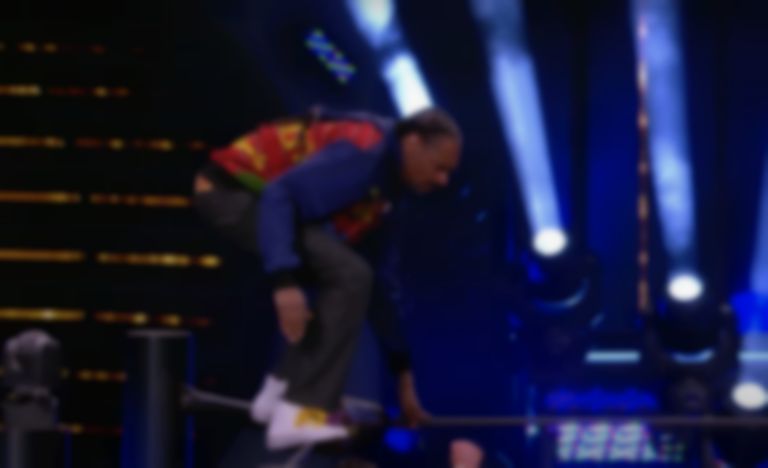 Snoop Dogg made a cameo during last night's (6 January) All Elite Wrestling Dynamite event, which saw him perform a frog splash move on Serpentico.

The 49-year-old rapper watched the professional wrestlers from behind the ropes before deciding to show off his flying talents by jumping off the high rope with a frog splash move on Serpentico.

According to Wrestling Inc, Snoop Dogg appeared at the event to promote The Go-Big Show, which premieres later today.

After performing the frog splash, one of the commentator hilariously said, "Look! He's nine feet tall! He's a human piece of spaghetti, he shouldn't be in there!"

The rapper became the first musician to be inducted into the celebrity side of WWE's Hall of Fame in 2016.

In November last year Snoop Dogg launched his Snoop Song Contest, which is open until next month.