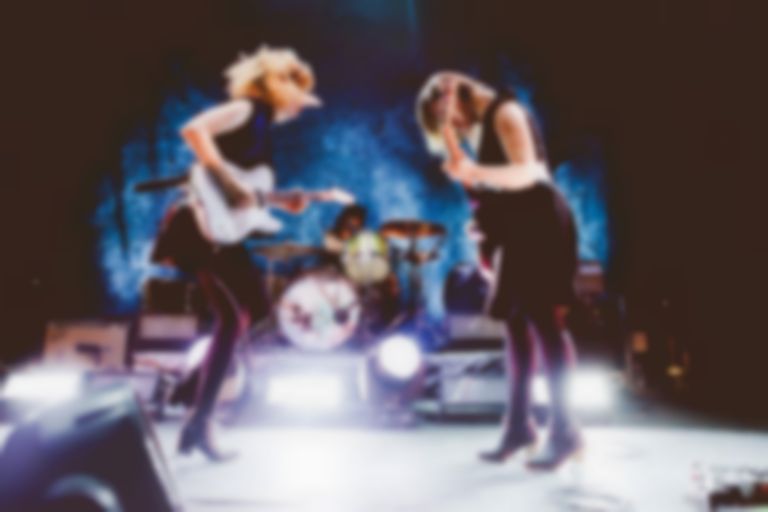 Sleater-Kinney have announced a brand new live album called Live In Paris and shared a fan-shot video for a new verson of "Surface Envy".

The album was recorded during the trio's show at La Cigale on 20 March 2015, and features live renditions of songs from throughout their career, including comeback LP No Cities To Love.

In related news, Sleater-Kinney said goodbye to 2016 and hello to 2017 with some choice covers: David Bowie's "Rebel Rebel" and George Michael's "Faith". The group were performing at The Masonic in San Francisco with The Thermals and Spoon's Britt Daniel - check out footage from the show below, and look over the live LP tracklist after.

Live In Paris is out 27 January via Sub Pop. Pre-order now from iTunes and Amazon.