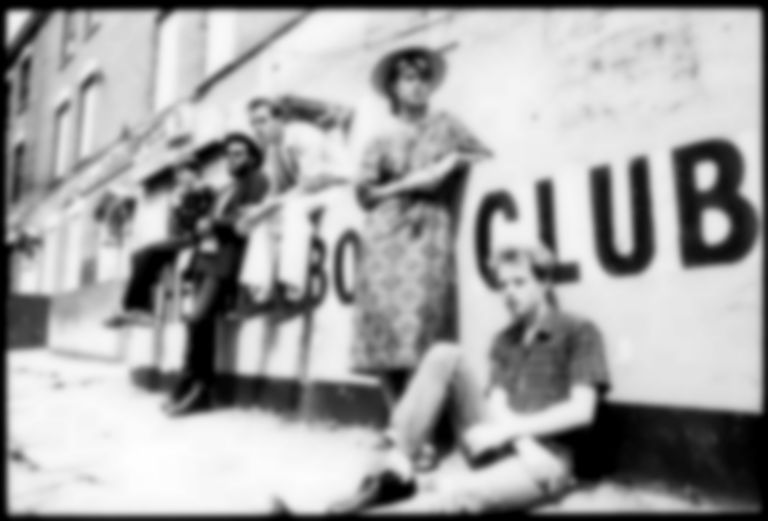 While there are many, many bands worth seeing at Bristol’s Simple Things festival on 24 October you can’t help be drawn to the name of Maximum Joy.

Although only active between 1979 and 1982, the Bristolian band can be looked back on as being quite the influence on post-punk acts both back then and when the new wave of the likes of Yeah Yeah Yeahs and The Rapture hit us in the middle of the naughties. Their DNA can be found right through their home city, be it in the taught rhythms of the Pop Group or the dubbed-out moments of Tricky and Massive Attack.

So it’s quite the coup for Simple Things to have persuaded the core of singer Janine Rainforth, saxophonist and trumpet man Tony Wrafter and drummer Charlie Llewellin to come together from their various homes across the globe to take to the stage for the first time in over thirty years.

We got the honour of speaking to the trio ahead of this highly-anticipated show to find out what brought Maximum Joy back together.

You were formed in Bristol, so was Simple Things the only event that would have brought the band back together – or was there something else going on?

Janine: The Simple Things invitation to play came at the perfect time, I think we were ready - but I knew that the interest in us playing/reforming was strong really also - I’d been in touch with Bullion who’s a big fan, Chris Farrell a Bristol DJ who runs Idle Hands, Andrew Weatherall, and others, and seen the demand for the music never fade really, especially in the past 10 years despite not gigging. We had been approached by other people prior to this - so if you like the idea wasn’t a new one, it had been gestating, but the timing was right, it is a great opportunity for us to be able to play together again and bring new life into the music.

Twenty five years is a long time away; has the band kept in touch over that time and have you even played together in that period?

J: We’ve not played together - but we’ve played individually. I’ve kept in touch with everyone via licensing the back catalogue as well - a lot of us live in different cities and countries now.

Tony: It's a long time but I've seen Janine in the interim. We went to Berlin for the release of Maximum Joy's Unlimited LP on Crippled Dick Hot Wax, and I mixed one of her gigs at the Ashton Court Festival in Bristol. I really like her Rainforth project! Beautifully written, sensitive songs, sound, and sculpture. Check it out - you won't regret!

What has everyone been doing in the time between?

J: Lots! Music wise I’ve been making material for my new solo outfit - Rainforth - it’s mainly self-produced, I got into technology as a means to create tracks - which has been liberating and mind stretching - I love that freedom it’s brought for me. Charlie moved to the States, and has played in some bands there including The Gourds - Tony has been very active - playing in lots of different settings around the world, with some great artists [The Slits, Tricky, and Blue Aeroplanes, among many, many more]. John Waddington is making his own new music now, Dan Catsis (the original bassist) is now in the reformed Pop Group and is reforming the Glaxo Babies; Ebo is doing other things in his own way! Nellee Hooper is a music producer now. We’ve been getting on with life too!

The band’s music was introduced to a newer audience by the likes of Andrew Weatherall and Optimo; are there any bands or artists the Maximum Joy influence can be heard in today?

J: I think there are some - early Yeah Yeah Yeahs and Anita Awbi (of M Magazine) told me of a few she thought might be similar recently - Shopping; Golden Teacher; Pronghorn. I have always listened to a wide range of music; I think we looked outside the box a bit. That maybe was what made our sound a bit different - but similarly for post-punk bands now I expect - everyone’s got their own musical influences/loves and time that transmutes into their sound.

It seems apt that Optimo and Weatherall were the people who took MJ’s music on and carried the flame… Maximum Joy feel like a dance band, was that always the plan…to appeal to people who liked guitars and those who liked to dance?

Charlie: Making it danceable was always very important - that was a huge part of the music we listened to.

J: We just loved dance music and music with soul - so I guess that was behind it.

T: We were intent on making Dance Music, right from the start but our first and most popular song is a Dub called “Silent Street” which has no guitar!

Have you rehearsed yet, and has the sound or the dynamic changed much?

J: Yes, we’ve been rehearsing since the beginning of October - it’s sounding great; with John Waddington doing his own thing and the previous bassists otherwise engaged also we have recruited some new players - Marek Baro and James Byron. We’re really lucky to have them join us; they are both excellent players and are helping bring new life into this for us too. We’re getting pretty excited about the feel and the sounds that are happening.

T: It was great. I had a gas playing those tunes again! The dynamic is better than ever now and there's a lot of good feeling flying about.

C: Rehearsals are going well. The songs sound… updated, but we have kept the structures pretty much. We are working with a new guitar player and bassist so there’s a different feel.

The political climate has come full circle in those years: you had Thatcher, now you have Cameron…does the political ire and fire still burn in the band?

J: Yes, it does - I think we’re still trying to be conscious people for sure!

T: The ire still burns with us, but whereas Thatcher was 'very real', Cameron is like a cardboard joke copy pretending to be statesmanlike. It's what comes next that scares me - Osborne/May/Johnson. I think we're going to see something a lot worse if any of them get the leadership! I fear for my children. I really do!

Has the band thought about the future at all… have you looked ahead beyond these shows, at writing new material? Or is everyone happy to call it a day at one show and get on with their lives?

J: We’re excited about the sounds we’re coming up with, and we want to concentrate on making these shows great - then we’re going to see where things go afterwards. We’re talking to people and coming up with some plans but nothing concrete yet.

T: I've got some great new songs/tunes! The immediate task however is to re-capture the initial vibe of Maximum Joy and I think the best way to do that is to play the original material. I mean it's those sounds that have lasted and been re-mixed over the years. We need to re-capture that essence before we can take it forward.

C: We will see how the shows go. I would love to do more gigs and record some new material!

Is there anyone Maximum Joy would really like to see at Simple Things?

J: To be honest I’d love to see a bit of everything there! Some stand outs would be Godspeed You! Black Emperor; Vessel; Micachu & the Shapes; Beak; Battles; Savages; Lee Perry; Factory Floor; Helena Hauff; Avalon Emerson; Penguin Café… but actually - everyone please!

T: Yup. Lee 'Scratch' Perry. Upsetters - Return To Django was the first record I bought as a 13 year old. And it was “A Porky Prime Cut” just like Maximum Joy! Even our old string section are trying to blag our guest list just to get in to see Lee Perry!

Maximum Joy are playing Colston Hall's Main Stage at 5.30pm, hosted by Crack, and they're one of our must-see acts.

We're hosting the Foyer Stage, with Micachu, Blanck Mass, and Slime all performing.

A limited number of tickets for Simple Things 2015 remain.

Find out more about Maximum Joy on their website.