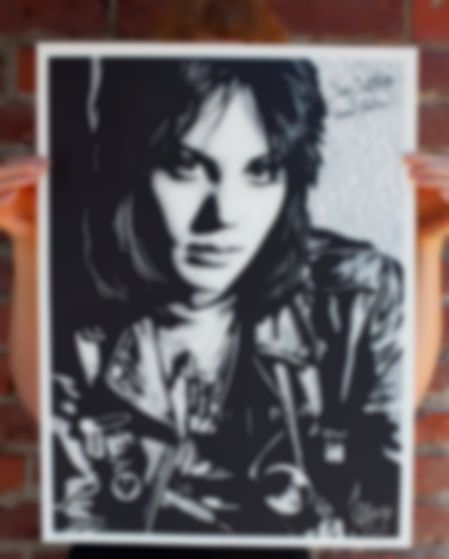 The prints, signed by all three collaborators, are based on a portrait-style photograph Stein took of Jett in the mid-late 70s, rendered in the signature Fairey style.

According to the Obey website, Fairey and Stein first met during one of Fairey’s gallery showings (2010′s MAYDAY). The two met up again during Stein’s recent photo exhibition, which Jett also just so happened to attend.

Fairey said about the collaboration, ”We all got together in Debbie Harry’s hotel room and signed the prints. It was pretty surreal for me because Blondie and Joan Jett are two of the earliest bands whose records I bought.”

450 signed prints will be made available starting 29 August, going for $75, with additional prints signed only by Fairey going for $45. Check out more photos and item details here.