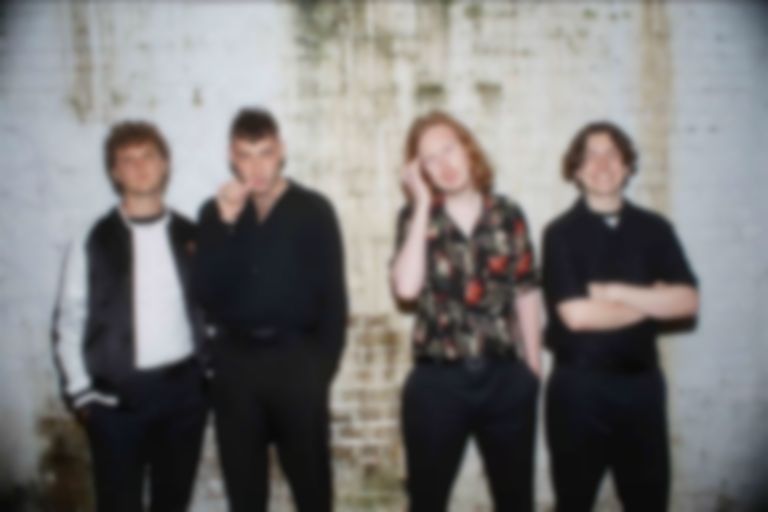 Sea Girls have delivered a fourth outing from their upcoming album Homesick titled "Sleeping With You".

"Sleeping With You" is the band's first new material of 2022, and will feature on their forthcoming album Homesick with last year's "Hometown", "Again Again" and "Sick".

Frontman Henry Camamile says of the single, "This song is about dreaming of your American ex-girlfriend instead of the girl you’re with right now. It’s a warning to not waste your time on me as my heart is still with another, so I’ll only let you down. It’s about not letting yourself love anyone else, although you know you should."

The album is produced by Larry Hibbitt and features co-production from Jacknife Lee, Jonny Coffer and Cass Lowe.

Camamile added of the record, "Imagine us locked down in the studio in rainy Brixton working with the producers remotely on the album in California’s Topanga Canyon. That clashing of worlds is the sound of this record, the DNA. Making an album this way, remotely and 5000 miles apart, was a crazy idea and shouldn’t have worked, but it did."

"Sleeping With You" is out now. Sea Girls' Homesick album will arrive 25 March via Polydor Records, and is available to pre-order now.