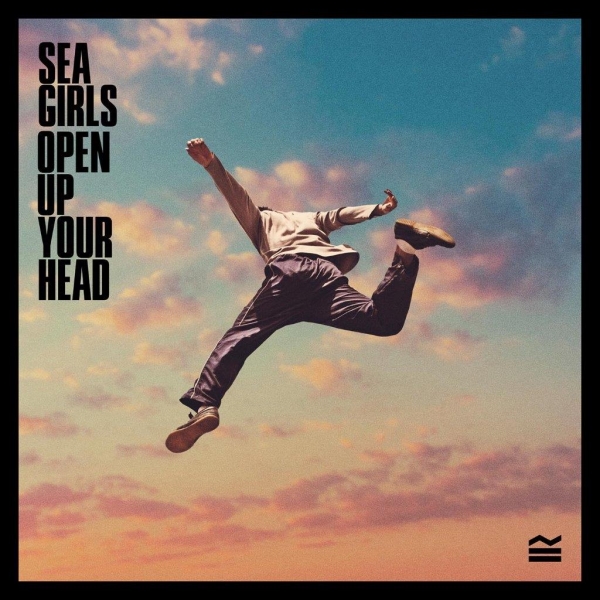 It’s here. Rich in brutal honesty, and wrapped neatly in a gold dust aura of hope and authenticity; Open Up Your Head is here.

Sea Girls is one of the most enthralling indie bands to have emerged in the past few years. They have actually been on the radar for a while now, having released their first single “Call Me Out” in summer 2017. Since then, their reputation has skyrocketed, and they’ve been appropriately dubbed the torch bearers for a whole new wave of UK guitar bands.

The album - and the band’s ethos - isn’t just about creating the next big hook-laden material, though. Lead singer Henry Camamile suffered a brain injury when he hit his head on a pub cellar door, which caused him to suffer from mental health struggles. This, coupled with the fact that he was a “sad post-teen” at the time, caused a shift in his approach to lyricism; he began to write more bluntly, and in places darker, effectively stepping into the spotlight as a genuine storyteller.

Fit-to-burst with colourful melodies, guitars and synth hooks, the album is an art of delicacy, but is also rife with adrenaline-heavy guitar anthems. Woven in the fabrics of its makeup is every aspect of Camamile’s self-reflectiveness and vulnerability.

Even though there’s an intrinsic grittiness and realness to it, however, the album is actually a venture into discovering hope. But it’s the kind of hope that’s flawed yet beautiful because of its imperfections. It’s the kind when you realise that everything is sort of broken, but it’s in the fractures of reality that you decide to keep pushing on. “Ready For More” is a real token of this; when you’re feeling generally a bit dubious and dazed, yet somewhat optimistic nonetheless; “I'm just getting started /It's true that I'm there /This isn’t the end /You’ve seen nothing yet”.

The album features many popular favourites, including “All I Want To Hear You Say”, “Violet”, “Damage Done”, and “Call Me Out”, alongside a platter of new tunes, such as the stunning “Transplant” and “Weight In Gold”. With every listen, each song takes on a new richness, becoming something that will simultaneously become the sound of summer, yet a particular personal soundtrack that you’ll keep on coming back to.