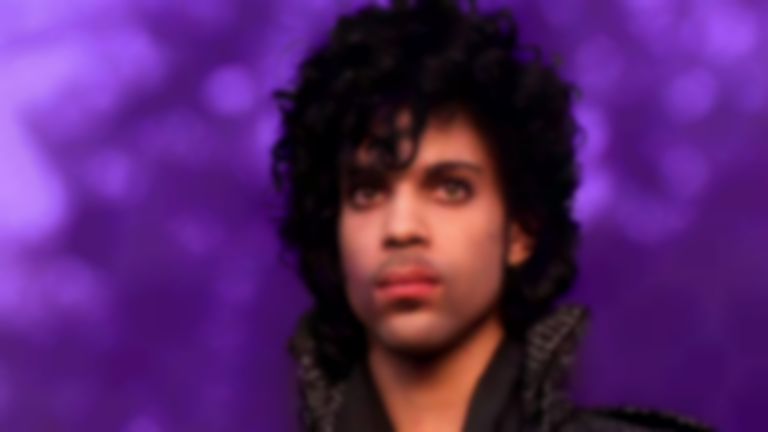 Speaking in the documentary Finding Fela, Jones detailed how the thing he found most fascinating about his subject was that the man's flaws were so integral to his art. Brilliant musician, but by all accounts, terrible person.

I can't tell you what Prince the person was like. I never met him. The closest I got was when I pulled a sickie and took the day off to interview his band 3RDEYEGIRL, who all spoke incredibly highly of him. But they would, wouldn't they.

Even after that very pleasant meeting, I could not shake the feeling that something about Prince was off. Sure, he liked funky parties and late night ping pong sessions and a variety of wholesome, normal people activities, but this Sexy MF was not clean. He sweated purple filth. After ascending to superstardom in the mid '80s, he essentially left the planet (and I'm paraphrasing that line from D'Angelo), setting off on an orbital journey that only occasionally coincided with whatever path us Earthlings were on. Michael Jackson was a peculiar lad, sure. But between the years 1993 and 2000, Prince didn't even have a fucking name.

Prince the person troubles and fascinates me. But Prince the musician? Fuck me you guys, we have lost the best one. The absolute best one.

I think about whether one can truly separate the artist from their art every day. Not all great art is made by messed up minds, but holy shit, some of the best of it definitely is. I'm not sure it’s possible to be quite as good as Prince was and just be a regular bloke. I'm not even sure I'd have liked Prince, if I had met him.  I'm pretty sure he would have thought I was a fawning tosspot if he'd have met me. But I'm a regular bloke. Which is why I'm much less interesting.

Prince the person, who on some readings sounds like a bit of a manipulative sex pest if I'm honest, troubles and fascinates me. But Prince the musician? Fuck me you guys, we have lost the best one. The absolute best one. That he was the greatest guitarist of all time is not in doubt, but have you heard him play bass? Drums? Piano? I've not heard him blow on a trombone but I'm totally convinced he was the best trombone player who ever lived too. He would do disgusting, brilliant things to a trombone. I'm eternally grateful to the cosmos that I got to see the man play live nine times. One other time, I queued up for hours in the rain and didn't manage to get in. They are the top ten gigs of my life.

While I ponder semi-incoherently in my grief about separating the artist from their art, Prince went ahead and became his art, separating himself from the rest of us. I'm cut up about losing Prince the musician. But we lost Prince the person before I was even born - he became a colour in 1984. Really, name me another artist who was synonymous with a colour. There isn't one and there won't be another. We should either re-name the colour purple 'Prince', or retire it completely. Just remove it from our retinal capabilities entirely. It's not been ours since 1984 anyway.