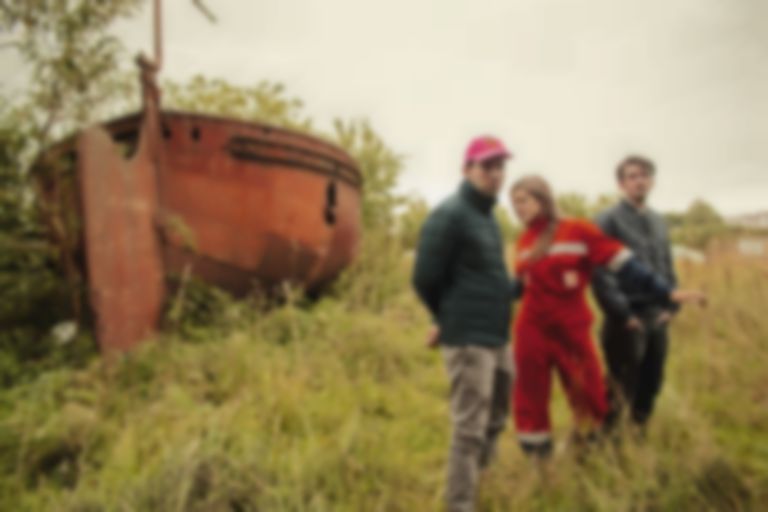 POZI are back with new cut "The Nightmare", a second preview of their forthcoming EP 176.

"The Nightmare" is the second single to be lifted from 176, after March's lead outing "Whitewashing".

POZI's new track arrives with a trippy visual directed by Alfie Dwyer. They say of the video, "After seeing some of Alfie's brilliant animations we asked him to create a 3D world that visualised the way anxiety can warp reality. We had no idea of the pandemic that was about to happen when we first planned the video, so we had to adapt. Alfie helped guide us through this and was full of great ideas."

Dwyer adds, "It presented us with a unique challenge, as we had to film our parts separately, in our own spaces. The video is therefore also a time-capsule that expresses the claustrophobia and creativity that the virus has brought out in people."

The five tracks that make up 176 were written and recorded over five days at Margate's PRAH Studios. Vocalist and violinist Rosa Brock says, "All five songs have quite grim, dark subject matter. Once we’d started exploring that paranoid, angsty kind of path, the floodgates seemed to open and we ran with it."

"The Nightmare" is out now. POZI's 176 EP lands 3 July via PRAH Recordings.