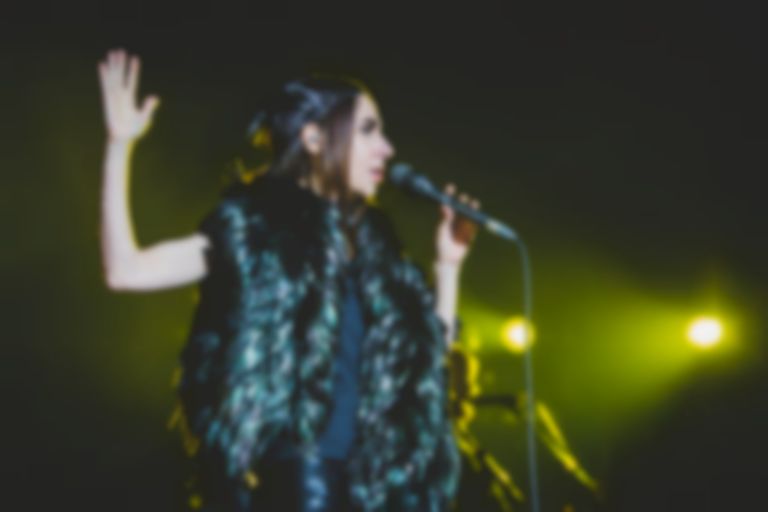 PJ Harvey has provided the inpiration for an upcoming five-part drama on BBC Radio 4 titled On Kosovo Field.

The new show has been written by Fin Kennedy and produced by Nadia Molinar. Michelle Keegan and Nico Mirallegro star in the series, which will focus on Kosovo-born, Manchester-raised siblings returning to Kosovo after a mass grave is discovered near their native village

The series will feature "unreleased song demos from the musician woven through".

Harvey's Grammy-nominated record The Hope Six Demolition Project was partly inspired by her travels to the Balkan state wih photographer Seamus Murphy, and her video for single "The Wheel" (above) brings together footage filmed between 2011 and 2015.

Speaking about her own process of writing, Harvey says: “When I’m writing a song I visualise the entire scene. I can see the colours, I can tell the time of day, I can sense the mood, I can see the light changing, the shadows moving, everything in that picture. Gathering information from secondary sources felt too far removed for what I was trying to write about. I wanted to smell the air, feel the soil and meet the people of the countries I was fascinated with.”

Write Kennedy says of the series: “The 'play cycle' as an idea takes its inspiration from the traditional song cycles of the Albania/Kosovo region. By the end of the cycle we come to understand that the siblings are a metaphor for Kosovo itself, the newest country in Europe, poignantly searching for an identity after centuries of conflict.”