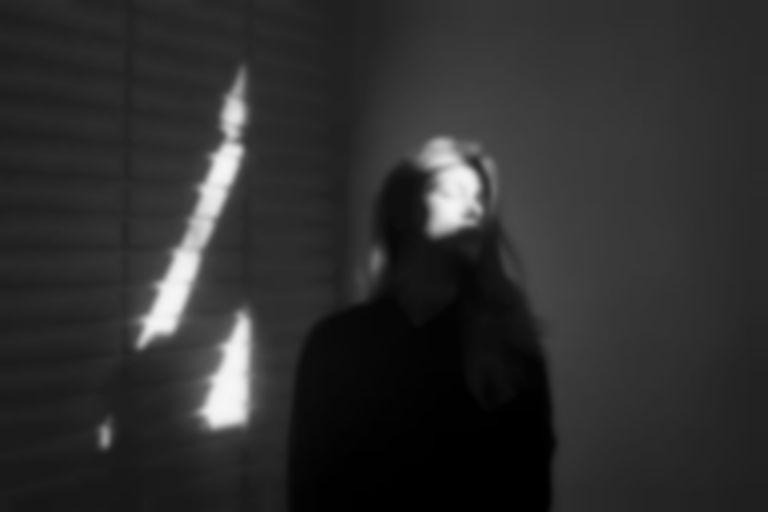 Next week sees Norwegian musician and producer Pieces of Juno release her new instrumental EP. Ahead of it, she talks to Best Fit about its creation, her work with the KOSO collective and touring with noise rock act Årabrot.

Frisson is the third EP from Kine Sandbæk Jensen under her Pieces of Juno moniker following 2013's Ghostwriting and 2014's Do You Know Who You Are? which featured the blissful Balearic jam of "Saffron". Since then she's give us the dark and jazzy "Same to Me", the sultry "Silver and Gold" which hinted at an modern R&B direction, and helped launch the all-female collective and production outfit KOSO with a bunch of like-minded Oslo-based women including Anana, Sara Angelica and DJ Soldal.

With Frisson, Pieces of Juno has taken another new direction. The four brilliant tracks have an Eastern influence, heavy on gamelan-style percussion and plucked strings, all held together by Juno's subtle and artful production, entirely and as much at home behind the mixing desk as she is with a microphone in front of her.

Having released "Valentine", the first track from the new EP, last month we caught up with Juno at an old church in a forest near Dalarna, Sweden where she was preparing for a tour with fellow Norwegians Årabrot.

Hey Juno, you've been rehearsing for a tour with Årabrot, is that right?

“Yes! I play keyboards, organ and piano, and do backing vocals. I’m on one of the songs on the album but it’s pretty minor vocal details. It was around this time last year when I came to the church for the first time; Karin Park and Kjetil Nernes live here and they recorded the last bits of [new album] The Gospel when I came here…that’s how I got dragged into this haha!”

You've also been a part of Karin Park's tour band, though...

“Yeah we did a European tour last year. That was really fun. Karin and I met each other about five years ago but we hadn’t played together until last year when she contacted me because she needed someone for keyboards and vocals in her band, and she wanted it to be a girl. So when Årabrot were recording The Gospel in Chicago with Steve Albini, their drummer who is an old bandmate of mine said ‘why don’t you ask Kine?’ and everything fell into place…it’s been a really interesting year!”

And a busy year...along with all that you're about to release your new EP Frisson. Can you tell us a bit more about that?

“The material for the EP I actually wrote a couple of years ago and I’ve just come back to it. Sometimes I like to sit on music for a while…I have tons of ideas and stuff lying around! I released Ghostwriting in 2013 and Do You Know Who You Are? in 2014, and now this one in 2016; I feel like they’re really related in some way. They have the same influence – it’s me discovering how to produce music. I started pretty late in my career, I only started producing in 2011…before that I’d written songs on the piano, more in the ‘Silver and Gold’ sphere but when I discovered production my music just took that turn. It became instrumental, it was natural because there was a new world to explore – it was like discovering a new instrument, basically….but with endless possibilities. It was also about discovering myself on my own.”

But our most recent work has been with vocals?

“After I linked up with Karin and started playing live I found new inspirations and started writing songs again. It’s just a natural way to evolve as an artist. Now I feel my production and my song writing is more combined, so this EP feels like it’s from another time. My album is just songs, but it’s produced by me and Karin – it’ll come later this year.”

It's great to hear you're finally releasing an album. Will it be different again in sound?

The Frisson EP has a very Eastern sound to in the strings and the percussion...where does that influence come from?

“It’s partly through what technology and instruments you have, and partly what sounds you prefer. I love harp sounds and plucked instruments…I love acoustic instruments. I also have a big fascination with Asian culture and Japan, I’ve been to Thailand a lot…it’s probably in there somewhere! When I find sounds it’s just about what feels good to me and it falls into place.”

Is there a theme of any kind on the EP? I'm only just learning Norwegian but one of the tracks "Venter Brev" is about waiting and letters, is that right?

“Yeah, like waiting for a letter. During my adventures – because I’ve been travelling a lot in the past few years – I lived in Los Angeles for three months in 2014, and I did the same thing this year. I love to travel and I never feel truly rooted anywhere, I don’t feel like any place is home and I like to move around. I’ve been in touch with so many amazing people and I’m actually pen pals with a couple of them instead of just doing the Facebook thing. It’s just cooler to write about stuff; you have so much more to say about your life and what you want the other person to know about you. It was during a period where I was waiting on a letter from a friend from New York – I was very excited about this letter and that’s where the song came from. It was about that and also the nostalgia around writing. I’ve always had diaries and stuff since I was a kid!”

You move around a lot and record in different place so does place influence the sounds in your music?

“Both yes and no I guess. I’m always influenced by what’s around me when I write; these two trips I had to Los Angeles, they were very different from each other. The first was about figuring out where to go musically; as you might have picked up when I released the Do You Know Who You Are? EP it was more about putting out music. I didn’t say much about it, I didn’t even say I was a girl…at the beginning I wanted to just put things out and not think about it too much. On that first trip I was just excited about working differently than I had before. I worked with a lot of hip hop producers; I’d be sitting in this hip hop hub almost every day, just me and a ton of weed-smoking guys haha! We’d hammer out beats, and it was a very different environment. I haven’t released any of that but those surroundings do affect your output. While I’ve been here in the church recording my album it took a much more acoustic turn, and the people who contributed to the record affected it – we have Hammond organ on there, I have a flute, Karin’s synths…completely different things. In LA it was more like producing in the box, on my computer.”

What about the second LA trip?

“I worked a lot with Lillia Betz, our mastering engineer at KOSO. We did stuff together and she’s mixing the record. I didn’t write much, I was just finishing the EP and the album…it was completely different.”

Have you recorded your album in one place, or many?

“Oh it’s recorded everywhere! I have my studio in Oslo, I recorded some in Spain in a small place called Denia between Alicante and Valencia. My family has an apartment there and I went during the summer to write. Here in the church it was more about Karin’s contributions to the tracks; she’s co-producing and has done a lot of cool arrangements with the organ and flute, and also some extra vocals. This record has been a little all over the place but I guess that’s how it happens, I dunno…it’s the first record I’ve ever written!”

You're also involved with the all-female collective KOSO; can you tell me a bit more about that because it seems like a vitally important and relevant venture...

“I think it’s very important to make change; you have to create these safe spaces where you have your friends and you can explore your creativity in a safe environment. We had a very good discussion about this in the Norwegian media about female producers and how they don’t get credit for their work. A friend of mine, Jessica Sligter, released her record a couple of weeks ago. She produced it but she had co-producers on there – even though the PR explicitly said she produced it the reviews never said anything about her production skills. They credited the male technician! So she chose to speak out about and it was really cool.”

It seems a really lazy and ignorant thing to do...

“I don’t think it’s something that’s always done on purpose, but the way people think is related deeply to what’s going on culturally, you know? But the more we talk about these things and the more brave people like her say ‘hey, thank you for my amazing review but I produced it!’ then maybe we can change people’s perceptions. I think that’s part of the problem; you don’t see women in those roles too much.”

KOSO gives women the chance to do this, right?

“That’s what we try to do with KOSO; we didn’t know whether we wanted to explicitly say we were an all-female collective – just like I told you I didn’t want to use the fact that I was a girl at the beginning when I started producing as Pieces of Juno. I didn’t say anything about my gender because I thought it was funny when people thought I was a guy…but then I realised this is what’s wrong! You have to be visible, you have to say it’s not a gender-specific quality. It’s about being musical and using your talents – in production, men and women have exactly the same qualities for that.”

It's also something of an encouraging time, with more women feeling like they're able to speak out about their treatment in the music industry...

“I hope so, that’s why we established KOSO. Obviously to make great art as well but to try and be open and try to change things in the industry. There is a lot of abuse, there is a lot of sexual harassment. It’s not just things people make up, it’s real. But if you’re in this safe space then it’s a lot easier to grow together. Also to push each other – in a good sense – and to back each other. People have these perceptions that women can’t work together and that’s completely wrong.”

Pieces of Juno's Frisson EP is out March 29 via KOSO.