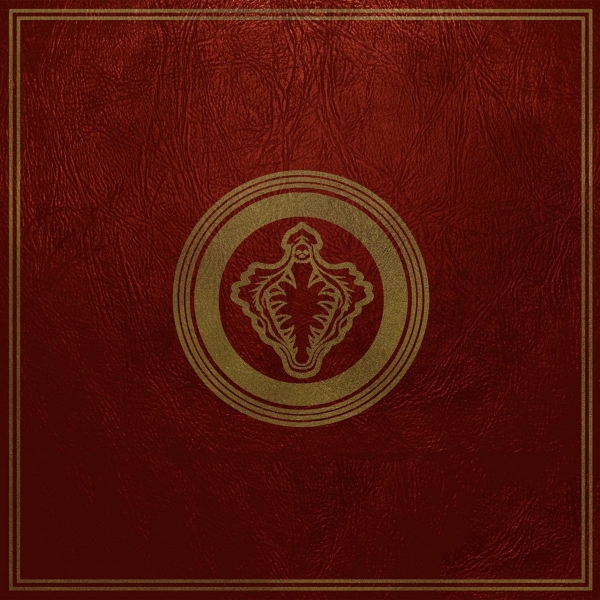 Here’s the good news: The Gospel is one hell of an album. Amazingly, it was close to never happening…

… and it started with just an unsettling itch. After the band’s 2014 UK tour, Årabrot singer Kjetil Nernes was hospitalised and treated for throat cancer. Following a long period of convalescence, Nernes got the all clear from doctors and began assembling his troops for a seventh album.

Joining the band this time around is Ted Parsons (Killing Joke, Swans, Prong) who does an impressively brutal job on the drums, Andrew Liles (Current 93, Nurse With Wound) and Stephen O’Malley (SunnO))), KTL) shredding it up on guitar, and Kvelertak singer Erlend Hjelvik also dropping in for some Norse guest vocals.

However, if Nernes was concerned about his throat, it’s hard to tell from his scorched-earth singing-cum-chanting on The Gospel. He takes the lead throughout, projecting his militaristic, bombastic and dirty French philosopher-inclined lyrics onto a canvas of stark – if lushly layered – musical attacks. It’s creepy, yet in your face. It's also intimidating while still being eerie. And it's oddly restrained at times as Nernes repeats elements of each song’s guts as it evolves in order to ratchet up the dramatic tension. Think a mixture of Swans, This Heat and Nurse with Wound and you’re close.

It’s also notably not as straightforward in its metal rock approach as their 2011 album, Solar Anus. Here we see plucked harp strings, discordant brass instruments and more of a focus on Nernes' singing as he strives for the theatrical. Marching boots and militaristic speeches, religious chanting and battle noises are all deployed to paint a vicious picture of Nernes’ state of mind, which he artfully describes as: “A vision of the lonely warrior on a summit looking out over a battlefield, the smoke from the bomb craters, an all-encompassing silence.

“The war was against oneself; against the ugliness, against the sickness. You sink to the bottom of the sea. All of a sudden you are back on the surface again, stupefied. And hungry! A wicked hunger for everything human life has to offer: Sex! War! Drugs! You breathe, but not like before. The man who has been in hell, never forget.”

And if the themes weren’t heavy enough, it was recorded partly at legendary noisenik Steve Albini's Electrical Audio studio in Chicago, as well as in an old church in the woods of Dalarna, Sweden, where Nernes lives and runs his studio.

It could easily have fallen apart under the weight of the assembled egos, its car crash of dramatic themes or even just been doomed by the epic centrepiece of the album – the10-minute "Faustus" – but it doesn’t. The album works. And I daresay, it’s a damn sight more successful take on life, war, death and re-birth than Einsturzende Neubauten’s First World War-inspired album Lament, which failed to generate a single good tune.