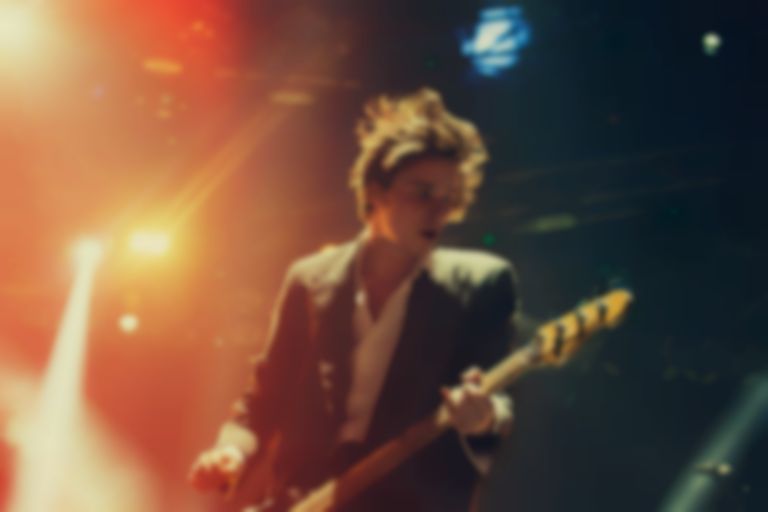 Palma Violets are debuting their video for latest single "Girl, You Couldn't Do Much Better (On The Beach)" now on Best Fit.

It a storming cut from the album, which we were taken aback by in our review: "It’s little wonder this one featured on set lists earlier in the year, long before the announcement of the album. Bouncy, boisterous, and just a hell of a lot of fun, it’s oozing with the upbeat vigour of the Palma Violets of old. With stick work – and last we saw of him, hair – of which the late Tommy Ramone would have been proud, it’s the turn of Will Doyle to assume the role of lead punk."

The video was shot on East Wittering Beach in West Sussex and directed by Jim Tobias. The band's Sam Fryer said of the experience: "Our friend, long-term collaborator and creator of the original Best of Friends video Jim Tobias returned to direct the “On The Beach” video for us. We wanted to create something live, simple, intense and low-grade with a summertime feel, but in a very British and overcast way."

The band's second record Danger In The Club is out now via Rough Trade.

Watch the video for "Girl, You Couldn't Do Much Better (On The Beach)" below.