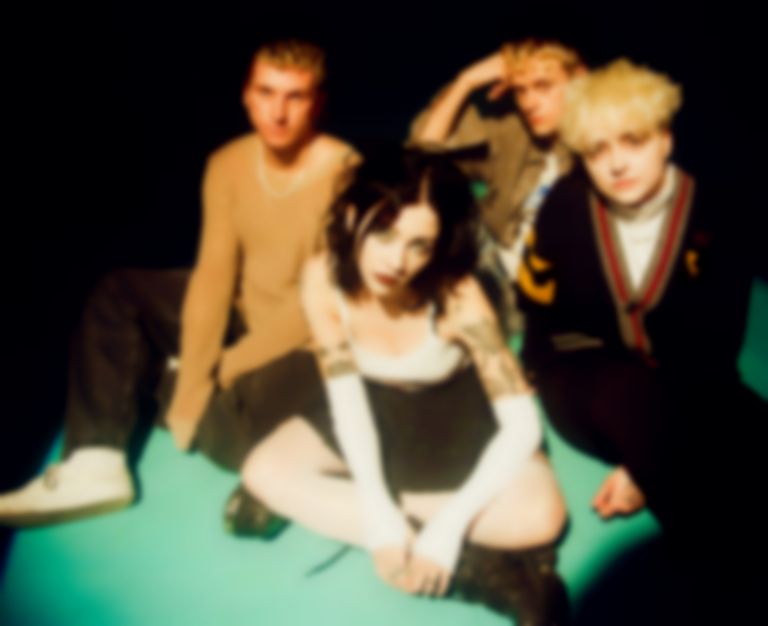 Pale Waves are back with "Easy", the third single to be shared from their highly-anticipated second album Who Am I?.

"Easy" marks the first outing of 2021 for Pale Waves, and is the third taster of Who Am I?, following last year's "She's My Religion" and "Change" singles.

Lead vocalist Heather Baron-Gracie describes the new track as "a song about how love can change your whole entire perspective on life itself. It’s saying ‘being in love with you is so easy, you finally make sense in my life because nothing did before'."

The new single is accompanied by a James Slater-directed video that shows Baron-Gracie performing at a Tim Burton/medieval-style wedding in an abandoned church. Baron-Gracie adds, "I wore a wedding dress throughout and we shot the video in an old abandoned church. I’m really inspired by the gothic medieval aesthetic and at the time I was thinking of the video I was watching a lot of Tim Burton films whose creativity really inspires me."

Who Am I? was largely recorded in LA with producer Rich Costey (Muse, Foo Fighters, Sigur Rós), but when the COVID-19 pandemic hit Pale Waves were forced to finish the album virtually, with lead singer Heather Baron-Gracie and drummer Ciara Doran remaining in LA while guitarist Hugo Silvani and bassist Charlie Wood recorded and sent their parts from back home in the UK.

"Easy" is out now. Pale Waves' Who Am I? album will arrive via Dirty Hit on 12 February 2021, and is available to pre-order now.