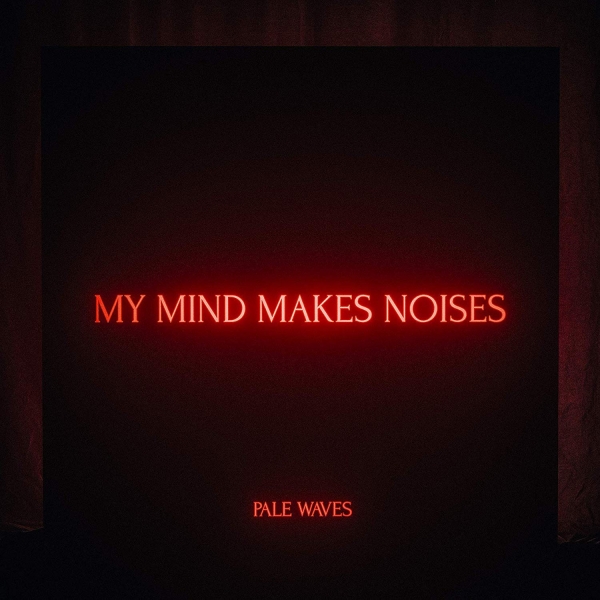 From their humble beginnings in student halls to playing out packed shows on both sides of the Atlantic, Pale Waves’ breakthrough has been as swift as it has been surprising. As we are constantly reminded guitar music is long deceased, four musicians arrive who look, aptly, as though they have come back from the dead.

Whilst iconic performers such as Siouxsie Sioux may have played a part in Pale Waves’ sound and vision, lead singer Heather Baron-Gracie and drummer Ciara Doran bonded over artists as diverse as The Cranberries and Prince to Lucy Rose when they met during university and formed the band. This rich array of influences has focused down to a clean, assured sound and a distinct lyrical voice that runs through the quartet’s debut My Mind Makes Noises.

“I was eighteen when I met you, poured my heart out, spilled my whole truth," Baron-Gracie wails on the album opener, “Eighteen” and she continues to share her experiences of strenuous, challenging relationships with love, lust and other people over thirteen further tracks. This is pop with an undeniably dark undercurrent that’s often disguised by the sheer exaltation of their signature sound. The introduction to debut single “There’s A Honey” is the aural equivalent of a sugar fix, yet its choral hook is deeply insecure “I would give you my body but I’m not sure that you want me”.

The exhilarating speed of “Kiss” and “Came In Close” celebrate the free spirited inhibitions of young relations and the thrills that come with first encounters and unbridled desire. Meanwhile “Television Romance” has an air of sour satire as Baron-Gracie lazily dismisses a potential who doesn’t have a face worthy to make her stay around. The album often simplifies the complicated tensions of love to the lowest denominators, yet in the case of “Red” it’s the driving, propulsive guitars and synth that bring countless other dimensions.

“Black” is a high point, as the band meld unashamedly anthemic writing with absolute heartbreak; the melodic hook of “you don’t love us anymore, but I do” seems destined to be bellowed out en-mass by their ever-growing legion of fans. The equally rousing “One More Time” blends the head-rush electro of Depeche Mode and Erasure with a celestial vocal that would recalls Fearless era Tay-Sway.

Appearances can often be deceiving. “Goth was like pantomime to me,” Robert Smith noted earlier this year when asked about the juxtaposition between his dour appearance and the jubilant tones of his music. These young Mancunians have perfected what makes pop such an addictive, essential genre, and My Mind Makes Noises is both immediate and idiosyncratic. Pale Waves’ presence may be gloomy, but their songwriting and ambition could not be brighter.