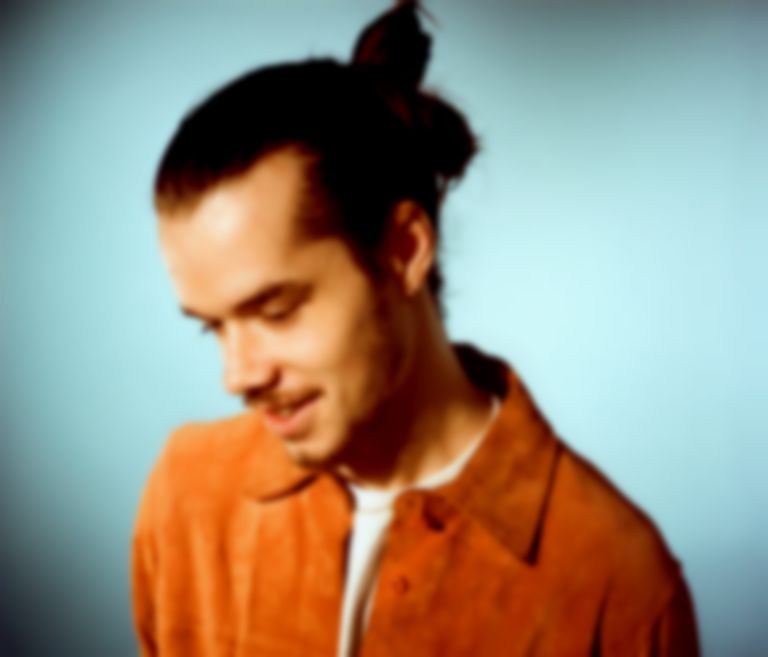 Oscar Jerome has announced his debut album Breathe Deep, and has teamed up with his KOKOROKO bandmates and Steam Down's Brother Portrait for the lead single "Your Saint".

"Your Saint" is Jerome's first single since February's "Sun For Someone", which will also feature on his debut solo LP. The new single sees Jerome reunite with his KOKOROKO bandmates, as well as collaborating with Steam Down's spoken word poet Brother Portrait.

Jerome wrote the song in Paris in response to witnessing a number of homeless Syrian families on the streets outside Metro stations. He says, "The journey these people have taken draws a lot of parallels with Greek Mythology and the Old Testament. The inability for large supposedly-Christian societies like the French or British to welcome and help people that are fleeing conflict and poverty is completely hypocritical to their claimed values."

On collaborating with Brother Portrait, Jerome says, "I was very lucky to feature one of my favourite lyricists and story-tellers, and a good friend. Brother paints a beautiful and melancholic scene from the perspective of a refugee making this journey."

Speaking about his debut solo album, Jerome adds, "Breathe Deep is a pretty broad presentation of who I am musically and my journey to get to this point. On a personal level, it’s a reflection of the effort put in during that path of self-bettering, both emotionally and in life more broadly. It’s about preparing oneself for failure and growing from that. Taking a moment to step back and see where things are going and where one has been. It also addresses the resilience of people, which is reflected in the more political moments on the album. The world is a messed up place but people still find ways of preparing themselves for it."

"Your Saint" is out now. Oscar Jerome's Breathe Deep album will arrive 10 July via Caroline International, and is available to pre-order now.