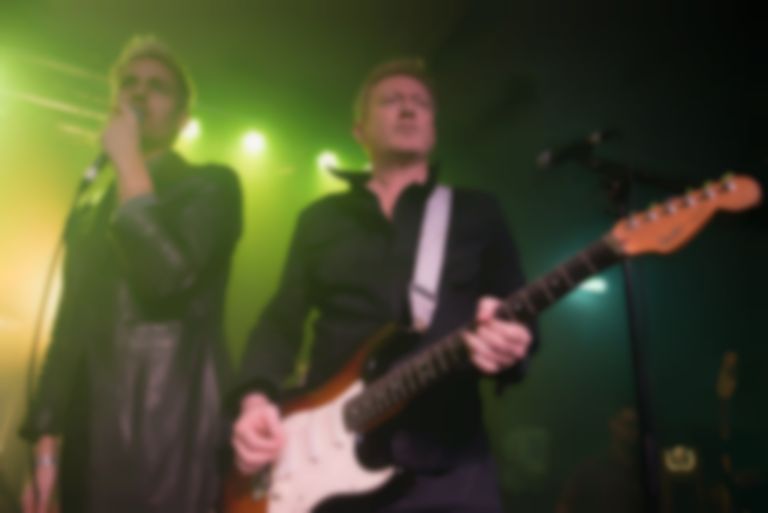 A new Gang Of Four tribute double album titled The Problem of Leisure: A Celebration of Andy Gill and Gang of Four has been announced.

The compilation album will feature reinterpretations of Gang Of Four and Andy Gill tracks performed by a variety of artists.

Two of those artists are Rage Against the Machine's Tom Morello and System Of A Down's Serj Tankian, who will cover "Natural’s Not In It" as the album's lead single, which will arrive on 1 January 2021 to mark what would've been Andy Gill's 65th birthday.

Morello says, "Andy Gill was one of a handful of artists in history who changed the way guitars are played. His band Gang of Four were just incendiary and completely groundbreaking with Andy’s confrontational, unnerving and sublime playing at the forefront. His jagged plague-disco raptor-attack industrial-funk deconstructed guitar anti-hero sonics and fierce poetic radical intellect were hugely influential to me."

The tribute album artwork was created by Damien Hirst, who says, "Everybody who grew up with Gang of Four in their lives can remember how mind-blowing and forward-thinking and filled with creative energy it was at the time and guess what? It still is now. It’s art. Art that’s reaching out of this world yet somehow still down to earth. It’s so great to be involved with this release and to see and hear a new generation of musicians paying tribute to Andy Gill’s incredible music. My artwork ‘Dog with Bone’, which Andy picked for the cover from a few ideas I had, is from a new series of giant pipe cleaner animals based on little ones made in my studio by kids. I think he wanted this work for the cover because it’s new and unexpected and in your face and hard not to like, they make adults feel like children and Andy always wanted to celebrate that."

Big, bittersweet news. It is with pride, joy, excitement & sadness that we announce the album @andygangof4 was working on at the time of his death. With a brilliant first single by @tmorello and @serjtankian & incredible artwork by @hirst_official https://t.co/zhncWNids2 https://t.co/YzNoPjcv7g pic.twitter.com/dk0KPqIFvf

The full tracklist and contributing artists will be unveiled in January.

Tom Morello and Serj Tankian's cover of "Natural's Not In It" will be released on 1 January 2021. The Problem of Leisure: A Celebration of Andy Gill and Gang of Four is due for release in May 2021, and is available to pre-order now.