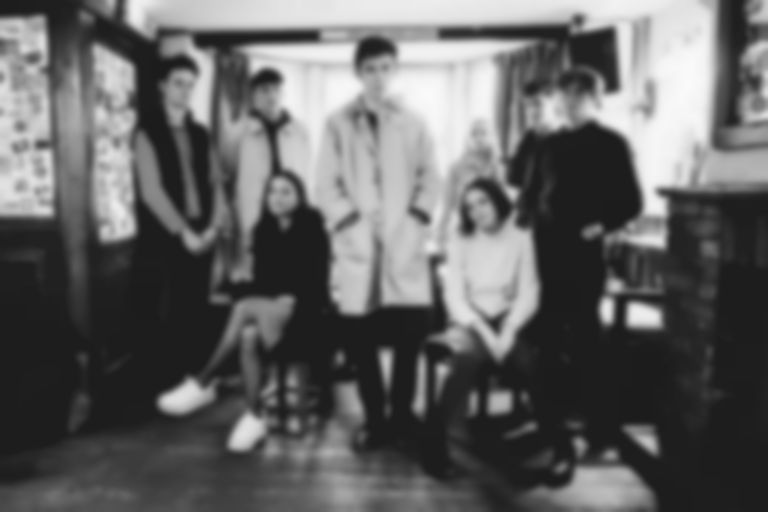 In a new statement on social media, the members (aside from Browne) confirm that they've ended the ensemble - although they mention that "as individuals" they will continue to "pursue music in one form or another".

"For every member of the band, the events which have transpired in the last few days have been shocking, jarring, overwhelming and very deeply upsetting," they write. "Nervous Conditions is something which we all care very strongly about, having put a huge amount of time and care into creating something genuine, new and exciting. However, given everything that has been brought to light in the past few days we no longer feel able to move forward with the group."

"Abuse in any shape or form is not okay," the band continue. "We do not condone it and we never will. Our deepest, deepest sympathies go out to those who have felt belittled or victimised as a result of harassment or abuse, it’s not a position any of us would want to find ourselves in. Grievances must be properly acknowledged and atoned for."

"We would like to thank everyone who has ever supported us by coming to a gig, offered us a slot, given us managerial, legal, or personal advice, it has made this a very special experience. As individuals we will continue to pursue our music in one form or another. We hope that the future will be a little brighter in the months to come. We will be making no further statements as a band."

Browne commented on the accusations of sexual assault which emerged recently, saying that "they don’t fit with my memory, how I try to lead my life, and what I believe my character to be." He has not yet responded to his former bandmates.