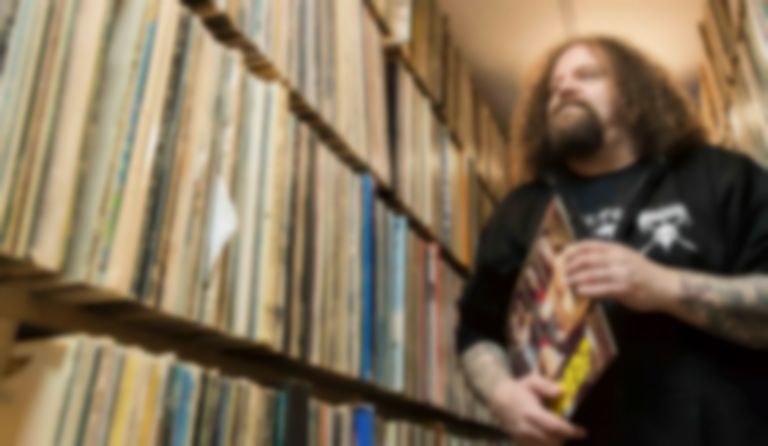 Shane Embury of grindcore legends Napalm Death spent a day exploring John Peel's record collection, and you can see what he found now in the latest Record Box.

As well as rooting through the music, Embury also divulges details of his own life growing up in Birmingham and the band's influences.

A blurb accompanying the Record Box explains: "The day has been captured in a special documentary, which forms part of an online record box, linking out to other records within the archive and further information on artists, records and genres. This exciting project allows visitors to explore virtual record boxes record by record. They can listen to actual recordings of John Peel’s records and view high resolution scans of sleeves, letters, photos and press releases, bringing this historic archive to life."

The massive record collection contains "26,000 LPs, over 80,000 singles and many thousands of CDs and demo tapes".

The Archives' James Leeds said of the latest Record Box: “Shane Embury has given us a guided tour through John’s records, explaining exactly how the Grindcore scene that John championed and adored came into being, it is a great insight and we’re very proud to be able to share that with the public”

This is the fifth Record Box that we've had the good fortune to see, following Joe Boyd, Mala, DJ Don Letts, and writer Pete Paphides' exploration of Nick Drake's legacy.