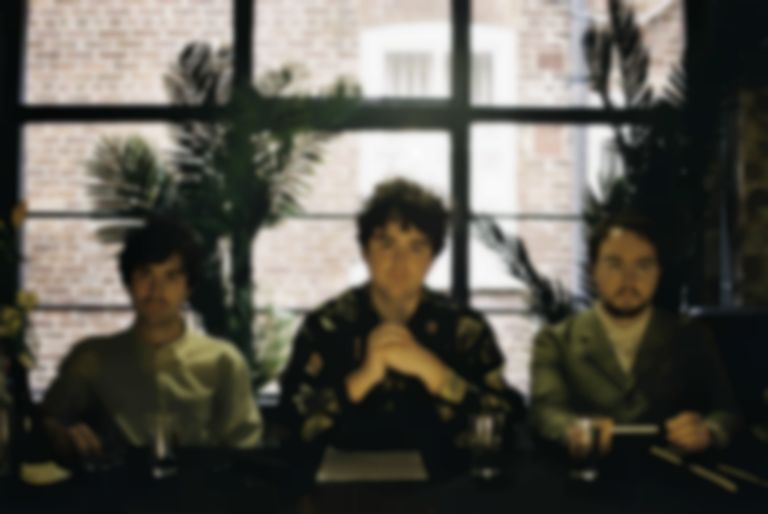 Leeds band Mush have revealed that their guitarist Steven Tyson has died in a post paying tribute to their late bandmate.

Two weeks on from announcing their second album Lines Redacted and sharing the lead single "Blunt Instruments", Mush have confirmed the passing of their guitarist Steven Tyson.

Mush confirmed the news in a Facebook post yesterday (1 December), writing, "It is with deep regret that we must announce we have lost an irreplaceable piece of the MUSH family. Steven Tyson, our beloved friend and bandmate has passed away. Tyson had an inexplicable gentle power that was captivating to be around. His generosity and intelligence as a guitar player was indicative of his character as a whole: putting the needs of the music first, as he put others first."

"As a group we formed a life-changing bond, myself, Nick and Tyson living together long into our late twenties in a sitcom-esque fashion," Mush's post continued. "In that time I never heard him raise his voice and he gave out more cigarettes than your average newsagent. He was kind to a fault."

Mush added, "We feel so incredibly grateful to have had the time with Ty that we did. He was an excellent pub companion, always laughing at our in jokes and weekly catchphrases. At that time we had our own nonsensical language. He was a genuine eccentric in a non-assuming way and didn’t give much of a shit what people thought of him. His passing has devastated a far reaching web of friends and individuals who were drawn in by his charms."

The band ended their post by writing, "Musically he penned some of our best riffs, notably "Alt Facts", a song which used to drive him mad to play at the end. On stage he was like a statue and could often be found hidden behind a speaker. In private he was sociable and outgoing, and even occasionally danced about in practice. His love of the band and commitment to us was unbelievable at times. Fittingly his last show was at the Brudenell where we spent most of our time together, he was on good form that day and surrounded by friends. Not wanting to dwell on the difficult final years, we are glad Tyson has been able to find some peace. He will be missed eternally and we will always love him."

It is with deep regret that we must announce we have lost an irreplaceable piece of the MUSH family. Steven Tyson, our...

Mush's Lines Redacted album will be released 12 February 2021 via Memphis Industries, and is available to pre-order now.