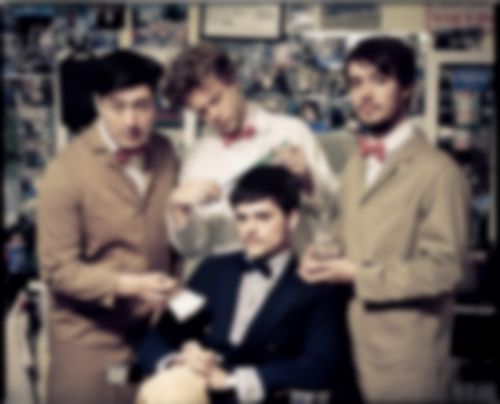 London banjo-wielders, Mumford & Sons have claimed in a recent interview that they’re more accepted in the States because class divides aren’t so intense over the pond.

The group, who recently headlined this year’s Glastonbury festival, spoke to Q Magazine about being labelled “posh” and Tory. ”There is a reverse snobbishness in England towards that sort of stuff,” the band’s Winston Marshall told the publication. “And I think that’s one of the reasons we really enjoy America, ‘cos we’re classless.”

Marshall continues to say that he thinks Mumford have received a bad reputation in the UK, one not entirely justified. He continued: “Class is a big issue here . And some people get picked on more than others. I think we probably do. I mean, it doesn’t help that we wear waistcoats and tweed the whole time.”

Among Mumford’s famous fans is Conservative leader and British PM, David Cameron, although they didn’t quite make it onto the mixtape he presented to the G8 world leaders recently.