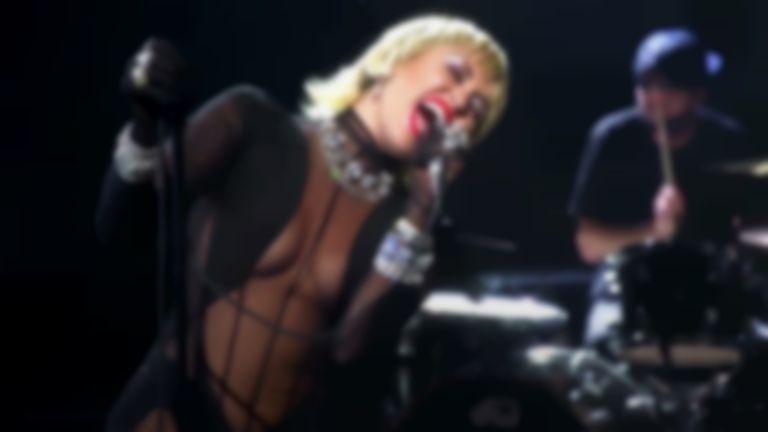 After debuting her cover of Blondie's "Heart Of Glass" at the virtual iHeartRadio Festival, Miley Cyrus has teased that she might release it on streaming platforms.

Earlier this month (19 September), Miley Cyrus performed a cover of Blondie's "Heart Of Glass" during her set for the virtual iHeartRadio Festival 2020.

Cyrus' take on the Blondie classic was received so well that she teased fans with a potential release of the cover on socials yesterday (27 September). She asked fans, "Should I drop Heart Of Glass on streaming?!"

She also shared artwork for her Blondie cover, further hinting that she is planning to release it on streaming platforms.

Should I drop Heart Of Glass on streaming?! pic.twitter.com/8yenZTZY6I

Last month Cyrus released "Midnight Sky" as the first single from her upcoming album She Is Miley Cyrus. A couple of weeks ago she revealed that Dua Lipa and Billy Idol will feature on her new album.

Miley Cyrus is yet to confirm if she's releasing her cover of Blondie's "Heart Of Glass" on streaming platforms.