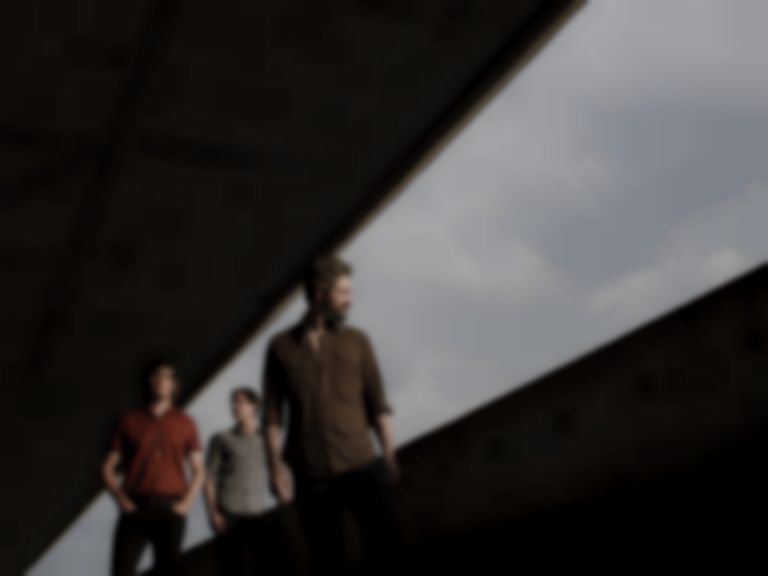 Toronto punk rockers Metz are back with news of their fourth LP Atlas Vending, and have shared closing track "A Boat to Drown In" as the lead single.

"A Boat to Drown In" is the first taste of Metz's follow up to 2017's Strange Peace album.

The trio's Alex Edkins says the new single is about "leaving a bad situation behind. About overcoming obstacles that once held you back, rising above, and looking to a better future. The title refers to immersing yourself fully into what you love and using it as a sanctuary from negativity and a catalyst for change."

Edkins adds of their fourth album, "Change is inevitable if you’re lucky. Our goal is to remain in flux, to grow in a natural and gradual way. We’ve always been wary to not overthink or intellectualise the music we love but also not satisfied until we’ve accomplished something that pushes us forward."

Atlas Vending features co-production from Ben Greenberg (Uniform), and was engineered and mixed by Seth Manchester (Daughters, Lingua Ignota, The Body) at Machines with Magnets in Pawtucket, Rhode Island.

"A Boat to Drown In" is out now. Metz's Atlas Vending album is due to arrive via Sub Pop Records on 9 October, and is available to pre-order now.