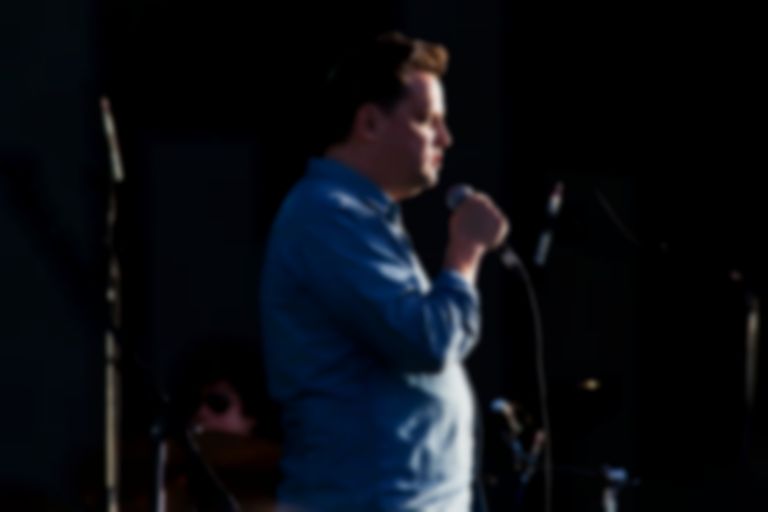 Sun Kil Moon mainman Mark Kozelek has signed off the year with a lengthy letter - and in it he says two albums will be arriving in the next 12 months.

"One of the albums was recorded in hotel rooms in San Francisco throughout the year, with mobile gear, mostly recorded on a 1960 Fender Jazzmaster guitar,” he writes in his roundup letter. “The album was recorded at hotels to take a break from the dark, windowless atmosphere of studios, and to see how atypical recording environments would affect my music. My guess is that the album title and track listing will be announced by February, and I’ll likely release the album early next summer.”

"[the second record] was written during a Sun Kil Moon tour in November of this year, partly recorded in Copenhagen during that tour, and also at Hyde Street Studios in San Francisco after returning home in early December,” Kozelek continues. “The lyrics were written on trains and planes between those concert dates and the music was written quickly when we arrived at soundchecks in various cities. The three non-original songs on the album include a cover of the Partridge Family’s 'Come On Get Happy' in honor of the late David Cassidy, a new, amped-up cover version of ‘Rock ‘N’ Roll Singer’ by AC/DC, in honor of the late Malcolm Young (and features Jordan Cook from Reignwolf on guitar), and another track is ‘Chapter 87′ of John Connolly’s novel He, set to music. I’m mixing the album in Buffalo, NY, at GCR Studios, as I write this, and will likely release it in early November next year, as the atmosphere of the album is heavily November themed.”

Kozelek also says that he's working on the score for James Franco's upcoming movie The Pretenders. Read the full note below.