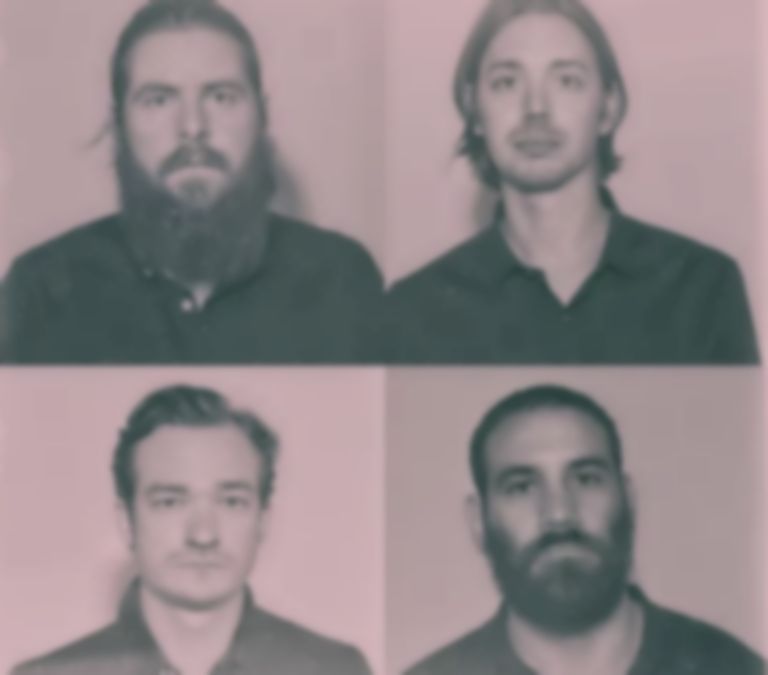 Manchester Orchestra have unveiled new cut "Telepath" today (27 April) as a final taster of their upcoming album The Million Masks of God before it arrives in full on Friday (30 April).

After having already previewed the album with "Bed Head" and "Keel Timing", Manchester Orchestra have delivered "Telepath" as the third and final single from The Million Masks of God.

The new song is accompanied by a one-shot video directed by Isaac Deitz, and singer/guitarist Andy Hull says, ""Telepath" is ultimately about the ebb and flow of life long commitment to another person. Recognising that even the best relationships in our lives can have extreme ups and downs. At the end of the day, it’s those that we have chosen to love and, more importantly, those that have chosen to love us that truly matter. This is my attempt to further commit for the long haul."

"Telepath" is out now. Manchester Orchestra's The Million Masks of God album will arrive Friday (30 April) via Loma Vista Recordings, and is available to pre-order now.