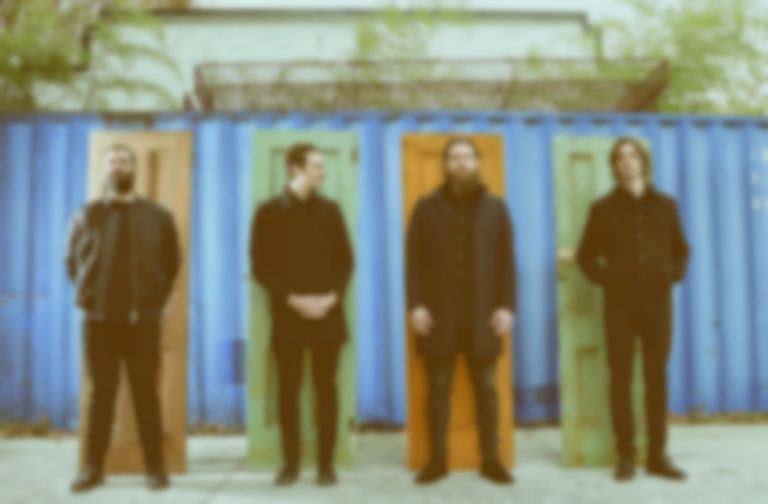 Manchester Orchestra have returned with news of their upcoming album The Million Masks of God, and have shared "Bed Head" as the lead single.

"Bed Head" follows the band's appearance on USERx's "Headsick" track earlier this month, and arrives as first glimpse of their The Million Masks of God album.

Lead vocalist Andy Hull says of the song, ""Bed Head" is two old friends existing in two separate realities, it’s a conversation about the lives they lived, the consequences of life’s decisions, and finding purpose in trying to be better."

Hull says of the album, "If Black Mile was this idea of ‘from birth to death,’ this album would really be more about ‘from birth to beyond', focusing on the highs and lows of life and exploring what could possibly come next."

He continues, "It started off really abstract, but as Robert’s dad’s fight with cancer got harder and harder those last couple years, I started making parallels in my mind to what I was actually writing about. It became an examination of my own faith. While Robert’s dad’s story certainly influenced this album, it’s equally about me coming to grips with the realness of adulthood and that there’s an expiration date to all of this - and how you’re going to live your life knowing that."

"Bed Head" is out now. Manchester Orchestra's The Million Masks of God album will arrive 30 April via Loma Vista Recordings, and is available to pre-order now.