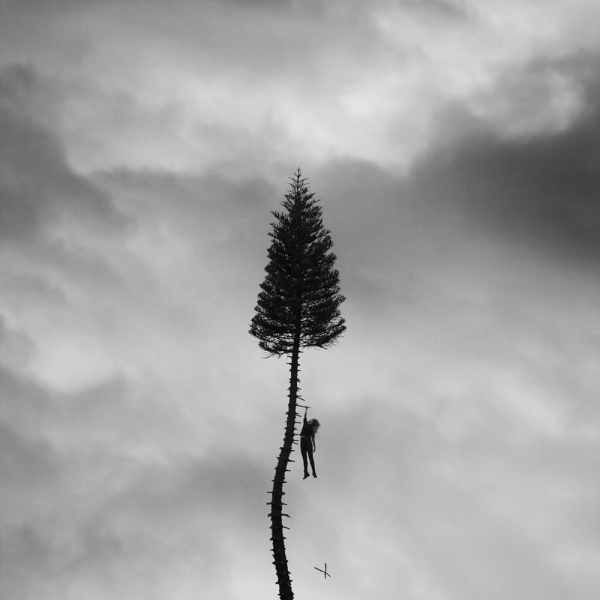 ​​Anyone with even a passing interest in Manchester Orchestra can tell you that their disposition isn’t the sunniest. That doesn’t mean to say they’re a band who thrive on miserabilia however, merely that they understand exercising their demons through the medium of music is just as cathartic for their fans as it for themselves.

It’s just as well then that while A Black Mile to the Surface certainly feels like one of the band’s most expansive, and ultimately uplifting, records, it still harbours the undercurrent of darkness and unease that’s an inherent part of Manchester Orchestra. And with tracks like "The Sunshine" blossoming with an understated optimism, the record’s afforded an emotional balance unseen on previous albums, suggesting a further evolution for a band who refuse to rest on their laurels.

Such is their inability to settle in to a groove, that A Black Mile to the Surface is the product of the band’s writing and recording process being turned completely on its head, purposefully pushing themselves to second guess each decision in a bid to create “an album in a ‘non-Manchester’ way”. As a result, the record feels far more cinematic than anything they've released before; the influence of singer/guitarist Andy Hull and co-writer/multi-instrumentalist Robert McDowell’s work on 2016 Sundance film Swiss Army Man evident in the hypnotic ebb and flow of "The Mistake", or in the finger-picked throb of "The Moth".

Such a grandiose aesthetic is helped here through the production efforts of John Congleton (Explosions In the Sky) and Catherine Marks (The Killers); the two establishing an equilibrium between the elaborate soundscapes of the former, and the bombast of the latter. Rather than fall in to self-indulgence however, A Black Mile to the Surface feels richly nuanced, offering up something new on every repeat listen.

And you will want to play it again. Probably as soon as you’ve heard it the first time. From the emotive resplendence of opening track "The Maze", a subtly building opener that gently coaxes listeners in, to the tribal thump of the seven-minute epic "The Silence" that plays the record out, every aspect of A Black Mile to the Surface is ambitious and rarely, if ever, does it falter. And though they've certainly succeeded in their goal of making an album in a ‘non-Manchester’ way, it fits perfectly in their Manchester Orchestra canon as a stunning evolution of a band who aren’t afraid to test themselves.