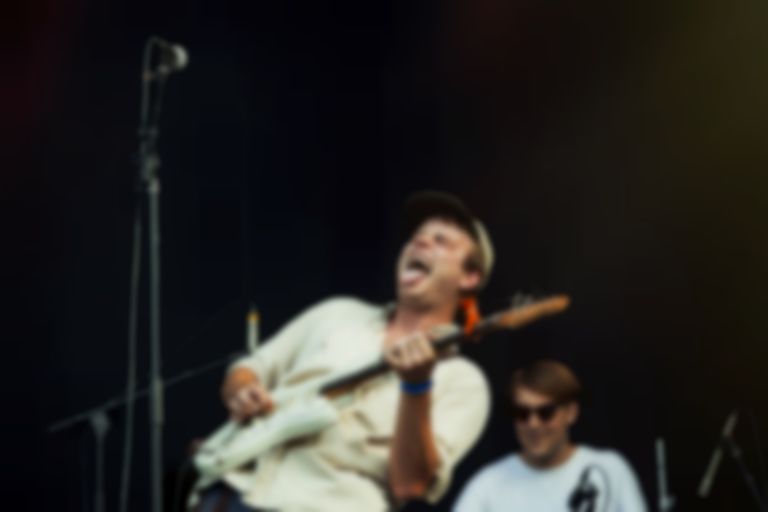 Mac DeMarco has shared "On The Square", the final single from his Here Comes The Cowboy record which drops on Friday (10 May).

Arriving after "All Of Our Yesterdays" and "Nobody", "On The Square" is accompanied by a creepy visual directed by William Sipos and Sean Campos, and starring Tommy Midnight.

"This video has been my most intimate experience with milk yet," says Sipos. "At one point I had Mac in a latex mask, shivering in a kiddie pool filled with cold milk. I did not feel like a nice person."

"On The Square" is out now. Here Comes The Cowboy lands 10 May via Mac’s Record Label. Mac DeMarco will play All Points East in London on 2 June. Find his full touring schedule.