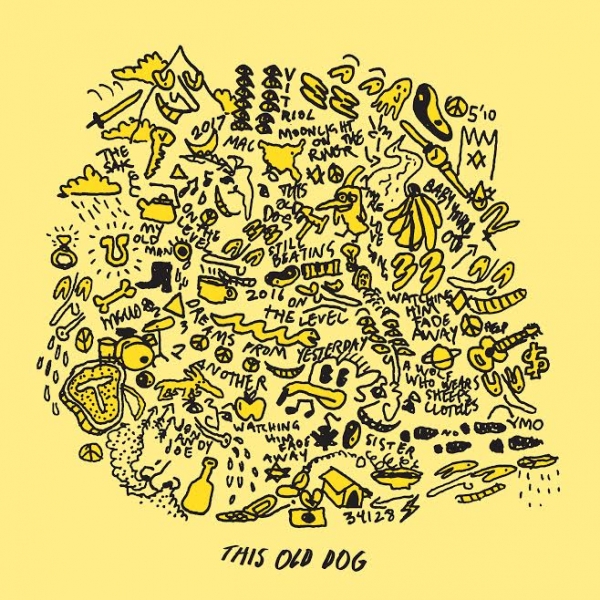 Though often undressed to the bones of a CR-78 drum-machine and a ten dollar acoustic, and a relaxed if not tired mood does exist throughout, it feels a platitude to describe the new record from Mac DeMarco as “chill”.

After all, the happy-go-lucky, ‘No Problem’ attitude diffuses from the 26-year-old like the smoke from his Viceroy, and his fun slacker-pop back catalogue reflects this; cliche or not, Mac DeMarco is perfect for sleepy mornings, sunny afternoons and hazy evenings.

But look beyond the jolly jangling that hits first for a moment and the anxieties of a thoughtful and earnest young man show themselves clearly but calmly. They were perhaps most visible in his 2014 sophomore Salad Days. Despite its Beatles-like acid-trip grandeur, “Passing Out Pieces” felt a little like a quiet admission from a friend at a party: “Passing out pieces of me, don’t you know nothing comes free? / What mom don’t know has taken its toll on me / It’s all I’ve seen that can’t be wiped clean”.

Being everyone’s favourite friend and jokester comes at a cost, and in This Old Dog, the worry still seems present. Take the album opener “My Old Man”, for instance: “Look in the mirror, who do you see? / Someone familiar, but surely not me / For he can't be me / Look how old and cold and tired And lonely he's become / Not until you see / There's a price tag hanging off of having all that fun”.

Here Mac assigns his hastening signs of ageing with his lifestyle, brilliantly capturing the late-twenties epiphany of “fuck, I’m becoming my dad” whilst tying in a recurring theme of his absent father and his attitudes towards him. The record is evidently bookended with this theme, closing on “Watching Him Fade Away”, which touchingly addresses his father’s illness: “Haven’t got the guts to call him up / Walk around as if you never cared in the first place / But if you never call you’ll end up stuck / Without another chance to tell him off right to his face”.

It’s honest and unambiguous songwriting; in “Moonlight on the River”, the lucid diary-like verses (“It’s so strange, deciding how to feel about it”) meet a more poetic chorus (“I’m home, with moonlight on the river, saying my goodbyes”), drifting slowly from the James Taylor school of timeless singer/songwriting to a jarring, psychedelic end.

His dad got better. Speaking recently with DIY, he admits that “I thought he’d probably never hear these songs, and that was my way of coping with it, but now he’s probably gonna hear all of them. Maybe it’ll make him smarten up. We’ll see”. If he does, he’ll hear a sensitive and considerate son, from the supportive friend in “Sister” - “Any time you’re hearing this / Sister, know my heart goes out to you - to the reassuring romantic in “Still Beating”: “Honey, my heart still beats for you / Even though you don't feel it”.

This heightened level of introspection is perhaps in part due to the longer production process. Recorded as demos before moving to Los Angeles, This Old Dog had time to breathe, no longer churned out quickly from his room, but cultivated a little with space and changing perspectives. Still, there are plenty of moments that hark back to previous records. The synth-heavy slow jam “On the Level” sounds like a counterpart to Salad Days’ “Chamber of Reflection”, whilst the bouncy youthfulness of “One Another” clearly nods to the 2015 EP Another One.

Changes in timbre aside, those expecting a progression or departure in sound from the last two Mac releases will find them subtle, if present at all. But frankly, as with its sensitive and charismatic creator, it’s hard not to like This Old Dog from the start.