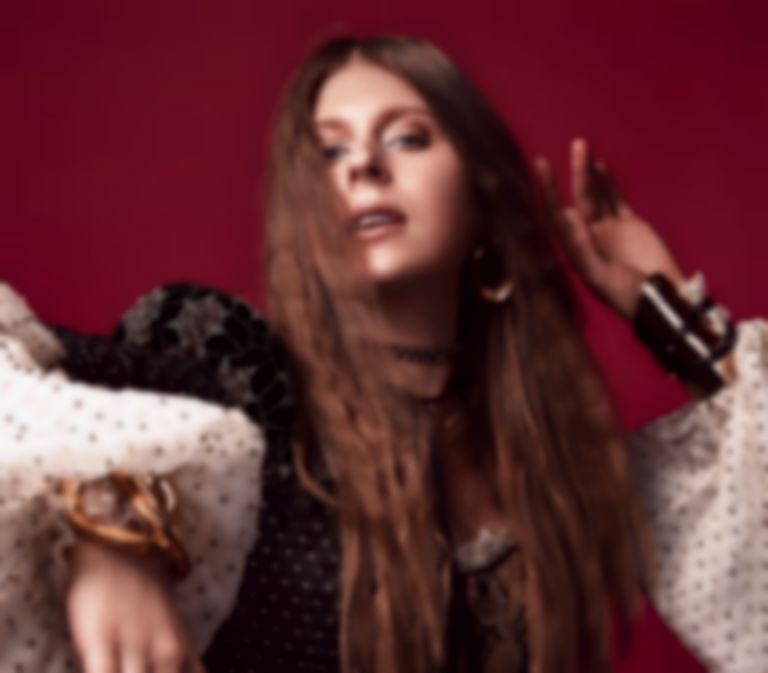 Toronto's Lydia Ainsworth recently made a stellar return with "The Road", the first single from upcoming second record Darling Of The Afterglow.

The composer/producer came back earlier this month, dazzling our senses with a preview of the follow up to 2014 debut Right From Real. With enormous electro-pop hooks and a chorus to stand the test of time, it's a new route we had to find out more about - check out "The Road" and read our Q&A with Ainsworth afterwards.

What have you been up to since the end of Right From Real?

Right From Real allowed me to tour for the first time in my life. Apart from playing shows, I’ve been writing and recording, making smoothies and watching The Big Lebowski.

How does the new LP, Darling Of The Afterglow, move on from what you did with that record?

Through touring for essentially the first time in my life with Right From Real I learned a lot about my voice. Having opportunities since my first album was released to experience that vulnerable, joyous challenge of exchanging music in the flesh... I think it allowed me to usher in a new kind of confidence in my vocal performance on this record.

What sort of sounds and ideas can we expect?

Expect a glimmery, shadowy, left-of-centre pop album... as always, at the core of my work I grant intuition and emotion full reign of my creative compass.

How did Darling Of The Afterglow come together?

Some of the songs began before the songs on Right From Real. Most began away from home, either L.A. or NYC or on tour in Europe, and everything was recorded, mixed, and mastered in my hometown of Toronto.

Could you tell us about "The Road"?

A friend told me it sounds like a marriage of Enya and The Weeknd. I love singing it, it feels very cathartic to perform.

Why was it chosen as the first single?

My sister Abby directed it. She was bossy in the best way. She called me Lydia on set. My whole life she has called me Lyddie. Because of that I listened to her intently!!! I think she did an amazing job :)

What are you looking forward to in 2017?

Darling Of The Afterglow is out 31 March via Bella Union. Pre-order now via iTunes or Bella Union's official store.