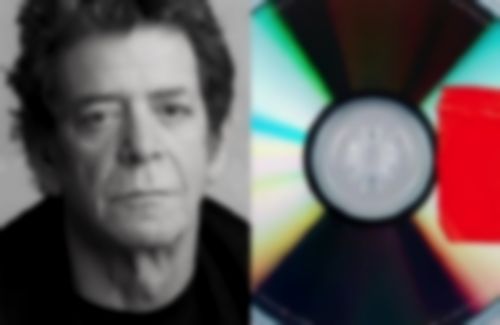 Despite bouts of health problems in recent weeks, Lou Reed has still managed to find the time – like the rest of us – to listen to the new Kanye West album, Yeezus. He’s even written a full-length review of it.

“Kanye West is a child of social networking and hip-hop,” Reed begins in his piece for Talkhouse, the website run by renowned critic Michael Azerrad. ”And he knows about all kinds of music and popular culture. The guy has a real wide palette to play with. That’s all over Yeezus. There are moments of supreme beauty and greatness on this record, and then some of it is the same old shit.”

That sound harsh? Don’t worry, it’s largely of disappointment at, as many fans and critics agree, the second half of the album tailing off towards the end as West resorts to his comfort zone after some daring first few numbers.

He continues: “But the guy really, really, really is talented. He’s really trying to raise the bar. No one’s near doing what he’s doing, it’s not even on the same planet.”

The Velvet Underground frontman goes on to discuss the contrasting notions of minimalism and maximalism on the LP (“It’s minimal. But the parts are maximal… each track is like making a movie”), Kanye’s own defiance against people liking him (“I Am a God — I mean, with a song title like that, he’s just begging people to attack him”), West’s endless contradictions (“He says “I’d rather be a dick than a swallower” — but then he does a whole chorus with Frank Ocean”) and his reactions on first hearing album lead ‘New Slaves’ (“It literally gives me goosebumps. It’s like the visuals at the end of the new Superman movie — just overwhelmingly incredible. I played it over and over”).

Perhaps the highlight of the whole piece comes in the following segment about album opener ‘On Sight’:

“But why he starts the album off with that typical synth buzzsaw sound is beyond me, but what a sound it is, all gussied up and processed. I can’t figure out why he would do that. It’s like farting. It’s another dare — I dare you to like this. Very perverse.”

You can read the entire piece over at the Talkhouse website.