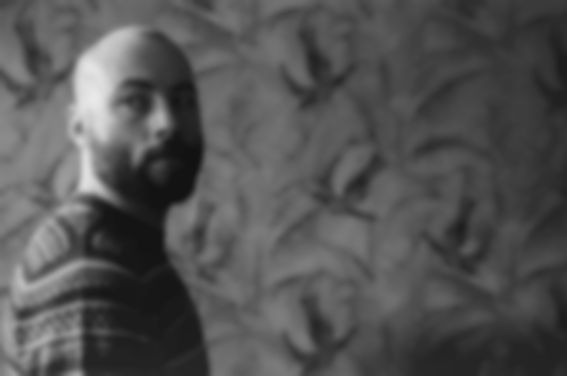 Lone Wolf has announced the release of a new album titled Lodge, set for release this May on new home Sharing Needles With Friends.

Lone Wolf, the nom de plume of Leeds-based multi-instrumentalist/songwriter Paul Marshall, last released a record in 2012, his acclaimed sophomore The Lovers. He's worked on film, beer and other miscellaneous projects in the time since, returning just over two years later to deliver Lodge.

The time since The Lovers - an LP fraught with introspection and the frazzling dichotomy wracking his psyche - has also been plagued with personal conflict. Battling bouts of anxiety and other obstacles, he departed music, returning to "full-time employment", certain to never resuscitate his sonic arts - he once labelled his desire to create music as "terminally ill". In a blog post - since deleted; the following summary is extracted from the Lodge's press release - Marshall was "speaking openly about how his diagnosed anxiety had finally gotten the better of him, and was now the thing that pretty much determined his decision making process. He spoke of locking himself away in his house and almost trying to shed the ‘musicians skin’ he had been living in.  He spoke about the strong feelings he had previously had about never releasing a record again but now due to a significant event in his life, the tables had turned and he now felt the need to make a new album more than ever"

However, one thing miraculously spurred him to craft once more. The one room that he always felt at ease - The Lodge, Bridlington, a studio/converted barn owned by collaborator James Kenosha - was due to disappear. Determined to give it a final "swan song", Marshall locked himself, Kenosha and trumpeteer David Wärmegård into The Lodge for six days. Every note on The Lodge has been performed in the room - sans guitars of any kind - and all but the trumpet performed by Marshall himself, with a deliberate lack of "studio trickery". It's a love letter from Marshall to the place where he feels most comfortable; lead single "Give Up" is a chilling taster of that.

Speaking "Give Up", Marshall says:

"I thought this would be the perfect track to introduce the more personal sound and narrative of this album. The song deals openly with my battle with anxiety and the substances/temptations that surround it. I'm wearing my heart on my sleeve."

Lodge is set for release on Sharing Needles With Friends on 11 May.

Listen to "Give Up" below.