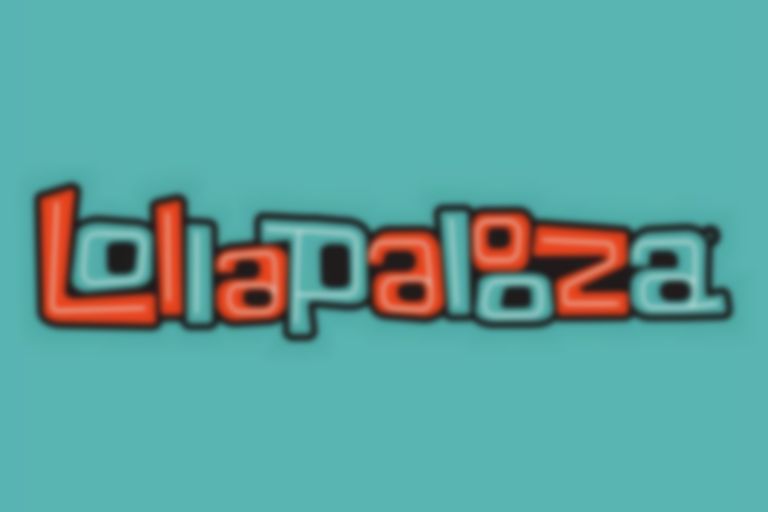 Lollapalooza 2015 has announced its full 2015 lineup, including Paul McCartney, Metallica, The Weeknd, Florence and the Machine and many more.

31 July-2 August at Chicago's Grant Park. For more information, head here. Check the full lineup, revealed via a series of pictures of The Chicago Tribune on imgur. 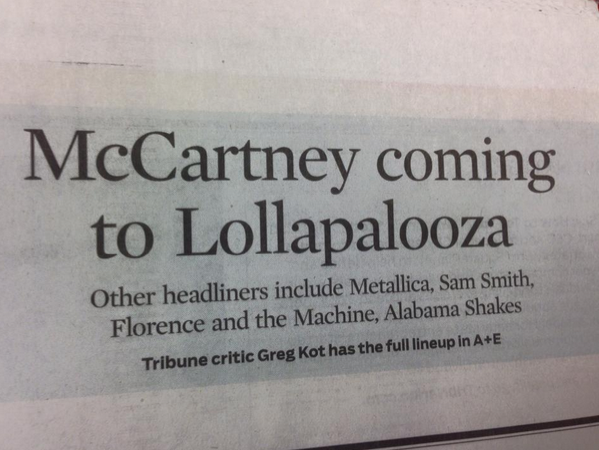 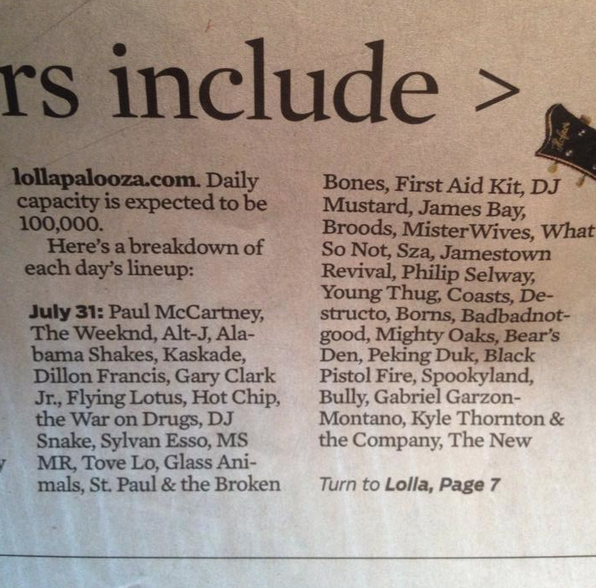 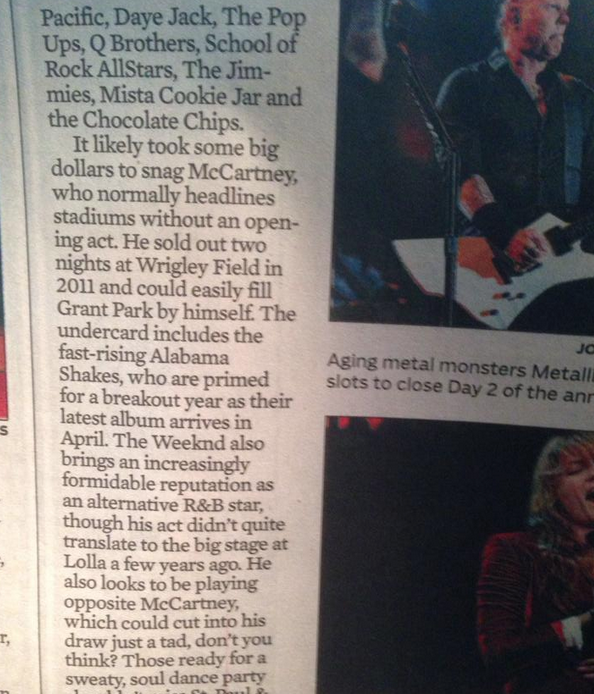 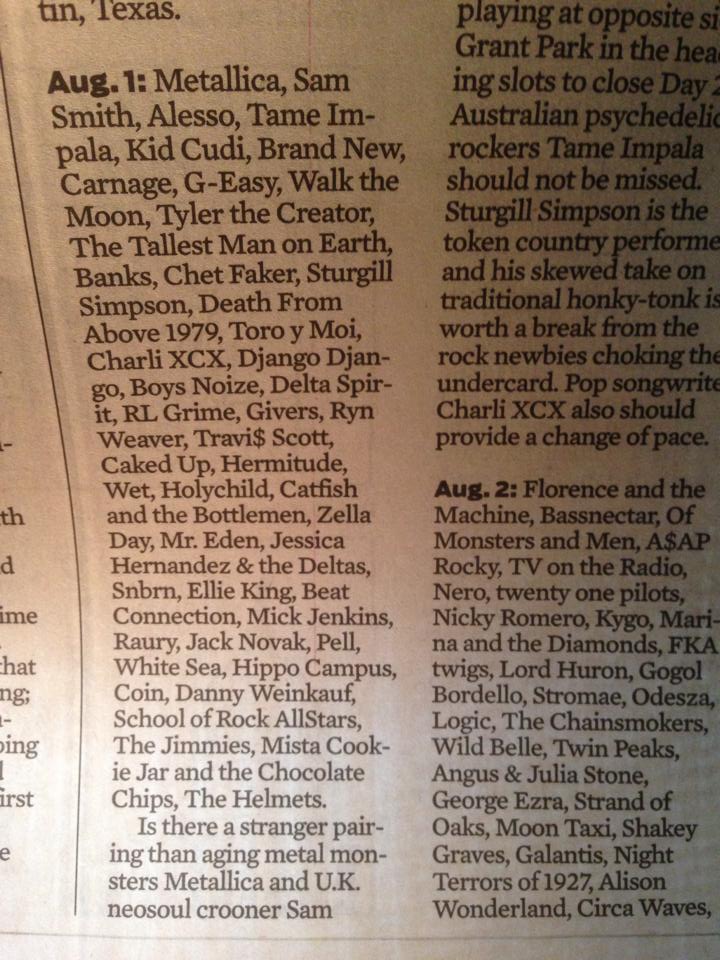 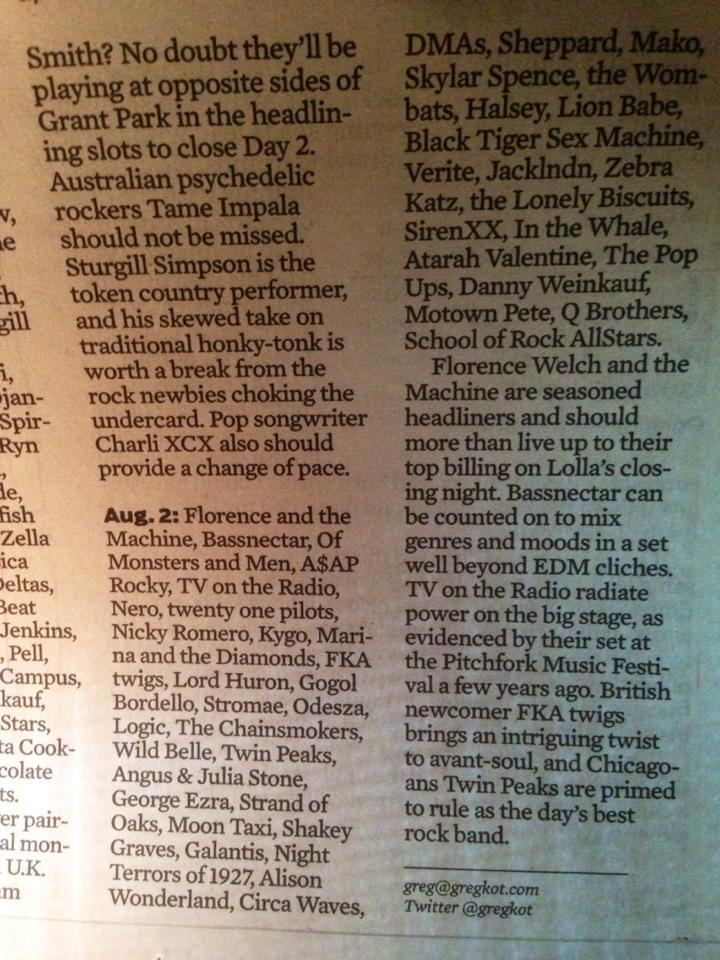