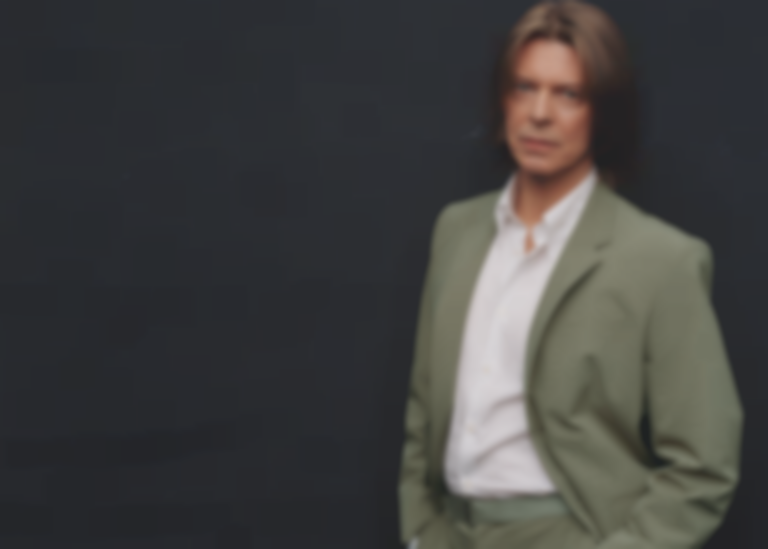 "Karma Man" was recorded by Bowie in 1967 and debuted on John Peel's BBCR1 show in early 1968. The song wasn't released officially until 1970's The World Of David Bowie album, and in 2000 it was re-tracked by Bowie and his Glastonbury band for the shelved Toy album. "Silver Boy Blue" featured on Bowie's self-titled debut album in 1967.

Co-producer Mark Plati says, ""Karma Man" is notable for Cuong Vu’s opening and closing lines, and especially the glorious backing vocals from Holly Palmer, Emm Gryner, and Lisa Germano - they had so much to do with the sound of Toy, and this is a prime example. When I re-listened to these tracks, the sound of fall 2000 came flooding out of the speakers, from a song I'd not heard since then. I’m not too proud to say I shed a bit of a tear, something that happened a few times while mixing it/"

An expanded edition of Toy titled Toy:Box is also due for release in January 2022 in 3xCD or 6x10" vinyl formats. As well as including a 16-page book of previously unseen photographs by Frank Ockenfels 3, it'll close with a new song titled "Toy (Your Turn To Drive)", which was created from a jam at the end of one of the live takes of "I Dig Everything".

David Bowie 5: Brilliant Adventure (1992–2001) will be released 26 November via Parlophone Records/ISO Records, and Toy:Box will follow on 7 January 2022. Both are available to pre-order now.