Celebrity gossip website TMZ claim to have seen a copy of the baby’s birth certificate at LA’s Cedars-Sinai hospital, saying: “there were rumors floating around a few months ago that Kim and Kanye West might give the baby a directional name … but who thought they would actually go through with it”.

The child, a girl, is the rapper’s first with girlfriend and reality TV star Kim Kardashian. Kanye’s new album, Yeezus is out now.

UPDATE: Proof of the birth certificate has now appeared online. Check that out below. 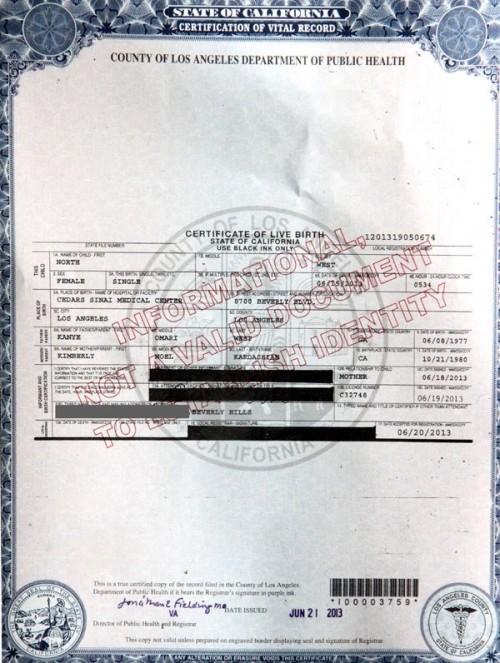