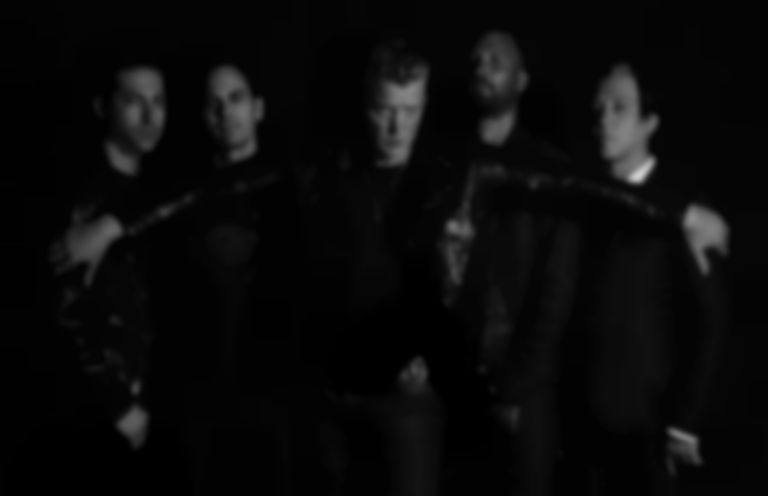 Queens Of The Stone Age frontman Josh Homme has responded after footage of him appearing to kick a female photographer appeared online.

UPDATE: Homme has shared a new video statement, which you can watch below:

Original post: During the band's eventful set at the KROQ Almost Acoustic show in California, Homme struck the camera of Shutterstock photographer Chelsea Lauren. He also reportedly insulted the crowd and Muse (who were following Queens Of The Stone Age on the lineup), and cut his own face with a knife.

"It was obviously very intentional," Lauren told Variety of the kick. "The next thing I know his foot connects with my camera and my camera connects with my face, really hard. He looked straight at me, swung his leg back pretty hard and full-blown kicked me in the face."

Lauren was taken to hospital for her injuries (she was released the morning after), and she says she plans to report the incident to the police. She also says that she's not heard from Queens Of The Stone Age or representatives at this stage.

Homme has since posted a statement online apologising for his actions and saying that he was in "in a state of being lost in performance". Read his statement below.

You can see footage of the incident and read an update from Lauren after.

Thank you everyone that has reached out with supportive messages. A small update, as I'm being flooded with questions: My neck is a sore, my eyebrow bruised and I'm a bit nauseous. The doctor released me early in the morning. Here are three images. Two of them as Josh looked at me, smiled and then kicked me. The other one is later after he cut his own face with a knife. I was in the pit in tears - and he just stared at me smiling. Assault in any form is not okay, no matter what the reasoning. Alcohol and drugs are no excuse. I was where I was allowed to be, I was not breaking any rules. I was simply trying to do my job. I hold nobody accountable for this but Josh himself. KROQ has nothing to do with this and I will always support them. The irony is someone had thrown an ice cube on to the very slick catwalk before the QOTSA set. I was afraid that one of the band members might slip and hurt themselves so, when the lights went dark, I used my arm to wipe down the runway so nobody would hurt themselves. Thank you to @variety for their immediate concern and care with this matter. As of now, nobody from QOTSA has reached out to me. #queensofthestoneage #QOTSA #JoshHomme