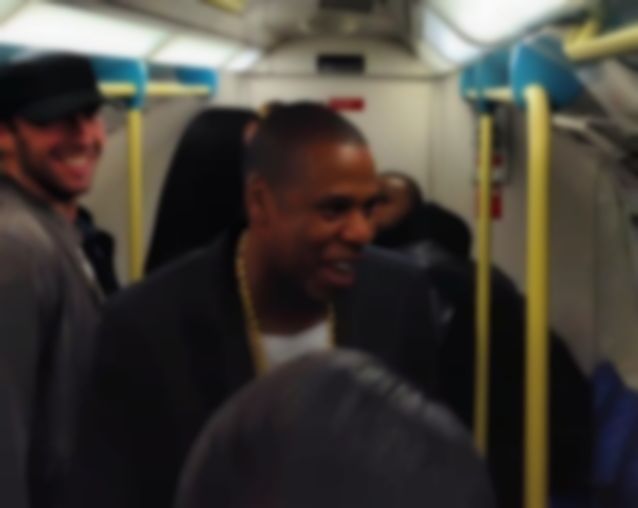 Following in the footsteps of Rihanna, hip-hop mogul Jay Z decided to shun Addison Lee or a stretch limo, choosing instead to take the tube to his London show on Saturday night (12 October).

As The Guardian report, the rapper – worth an estimated £300 million – rode the London Underground from Waterloo to Greenwich in order to get to the O2 Arena for his concert later that night.

He was accompanied by local boy and Coldplay singer Chris Martin, as well as producer right-hand man Timbaland.

Check out some pictures beneath: