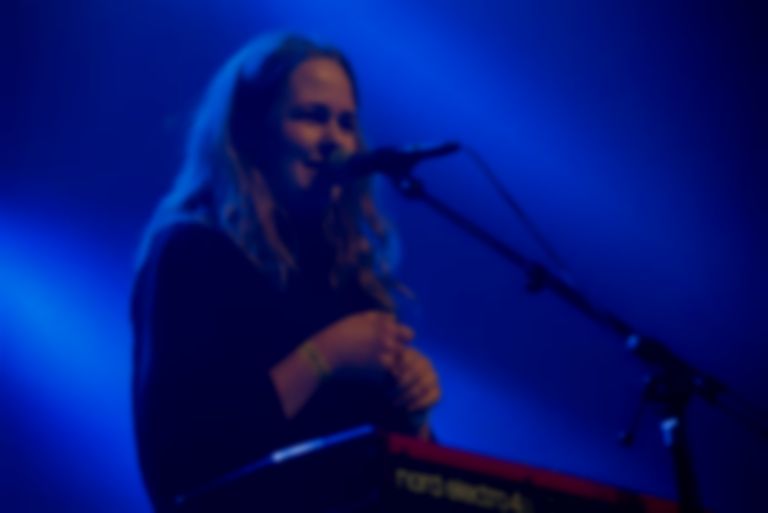 Iceland Airwaves festival kicked off in earnest yesterday with a showcase of a bafflingly diverse range of homegrown talent and cameos from bands further afield. Thomas Hannan and Lauren Down report.

As unassuming as the elegant core of her shifting pop harmonies, Alice Boman took to the stage at Harpa for our first show of the day. After stunning the packed room with a solo rendition of early heart breaking number "Waiting", she was joined by a full band - one woman horn section and all. With a now beefed up instrumental section songs like "Be Mine" and "Skisser" filled the room but are treated with no less delicacy and delivered with just as much intimacy as we could have hoped. [LD] 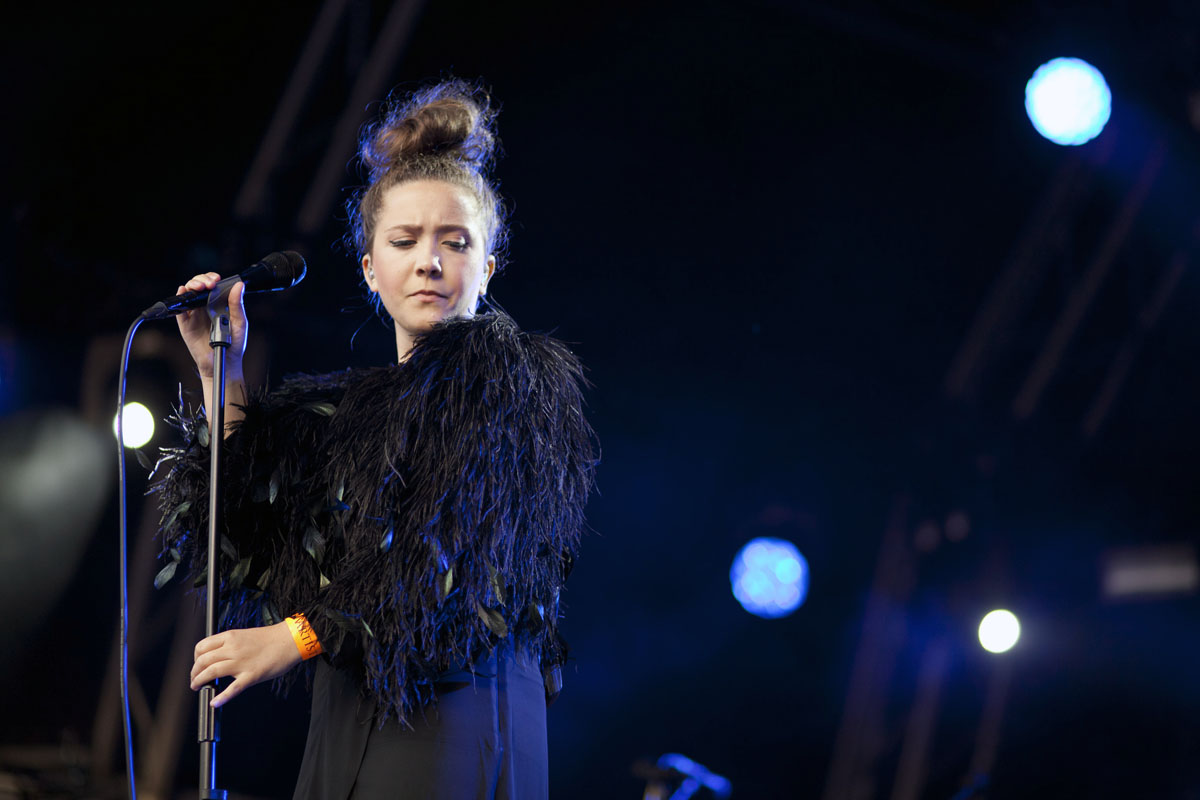 Emilie Nicolas’ dreamlike set was a masterclass in elegance, the frankly stunning sound system in Harpa Norðurljós pushing the more delicate aspects of the Norwegian singer’s recorded output to the forefront, but never overwhelming Nicholas’ formidable vocals, the true star of the show. The indubitable strength of her sultry, dark pop songs however wasn’t matched with an equally impressive stage presence; though visibly appreciative of the warm welcome, Nicolas remained largely static when performing – a shame, given that a little more in the way of engagement with the material could have elevated her set to the level of ‘spectacular’. For now, we’ll happily settle for ‘mightily impressive’. [TH] 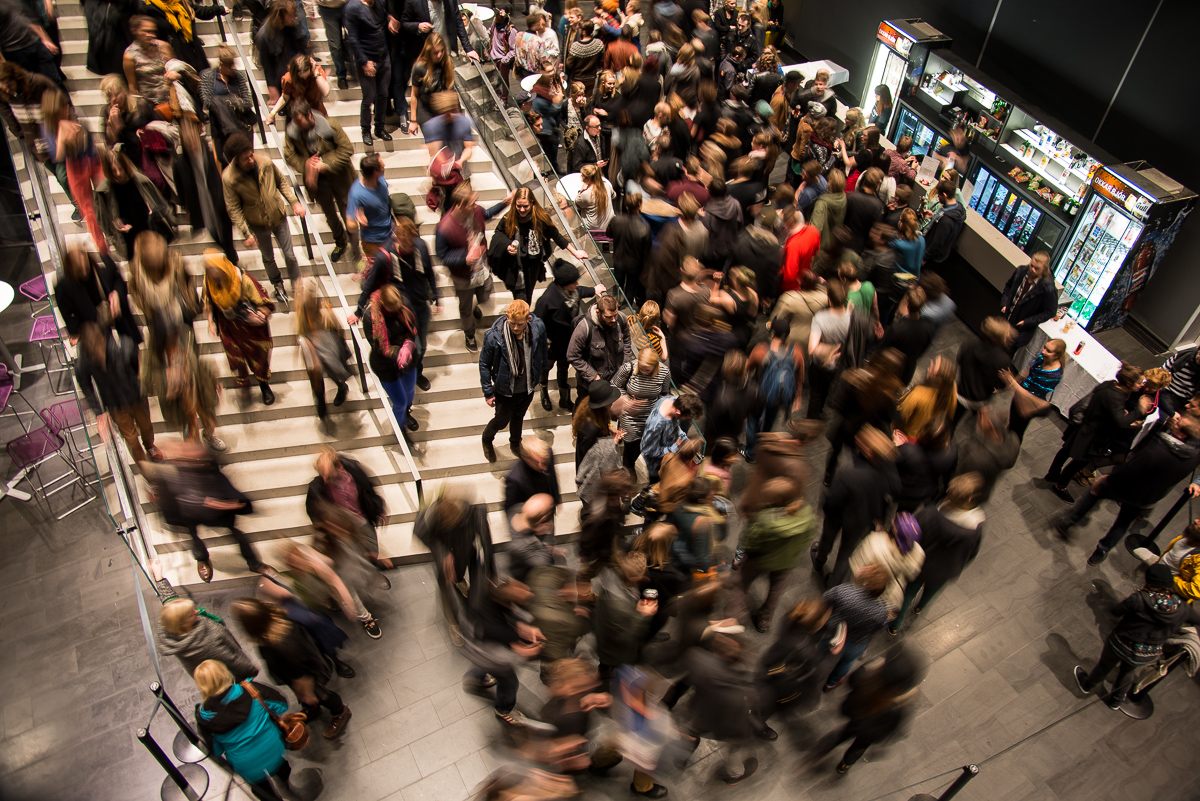 With many of their local contemporaries having a real thing for synthesisers and reverb at the minute, Reykjavik punks Muck didn’t so much clear the cobwebs as they did demolish the whole house. Though melody and danceable rhythms aren’t the first things one will notice about their onslaught, they certainly exist, and were welcomed by the overly boistrous crowd at the front; they proceed to react to the music by throwing beer at the band, and each other at each other. While the list of things they can offer for the future of hardcore mightn’t be long, the thrill of seeing how much visceral fun can be had when a group of kids do the right thing the right way has a lot of life in it yet. [TH]

Formed from the ashes of Jakobinarina – a band who once claimed they wanted to sound like a cross between The Smiths and Rammstein – Grísalappalísa were the evening’s most confusing act, and also perhaps its most enjoyable. Collaborating with Megas, the Icelandic rock legend who wrote the song that gave the band its name (we’re informed it translates to something along the lines of ‘Lisa With Her Piggy Legs’), it was difficult to know how to react to it, other than to gaze upon it and smile. While Megas, many decades the rest of the band’s senior, delivered semi spoken word rants, two other misfit singers – one heavily bearded, the other with a fresh faced, Ziggy Stardust thing going on – had the sizeable Gamla Bio crowd resembling some sort of joyous riot, while the band got on with creating a sound that sits somewhere between the more Dadaist moments of The Fall and heart on sleeve confessionals of Los Campesinos!. [TH]

Samaris have come on a long way since last year’s Airwaves performance, and now find themselves deservedly at the forefront of the musical scene in a country which has a fine history of punching above its weight. The densely beautiful electronic fog created by Kári Steinþórsson was kept from sliding towards any doldrums by the breathtaking vocals of Jófríður Ákadóttir, whose mesmerising stage presence is that of a woman who seems as approachable as she does mysterious. That they played to the Reykavik Art Museum was very fitting – there’s ambition to this that’s clearly focused on something grander than bars with sticky floors. [TH]

There was one man at Gamla Bio who had genuinely been crowd surfing for a good three minutes. Just when it looked like he  was about to go down, he was right back up there - and all this after Australian psych seven-piece King Gizzard and the Lizard Wizard had only been playing for about two minutes! With his guitar hitched high up on his chest Stu Mackenzie was a force to be reckoned with; whirling around the stage like a man possessed, he and the rest of the band did everything within their power to whip the crowd into a frenzied state. A mosh pit started within seconds and didn't finish until the closing moments of the show - during which they ripped through the blistering wall of noise that is their latest album I’m In Your Mind Fuzz. This was chaos at its best. [LD] 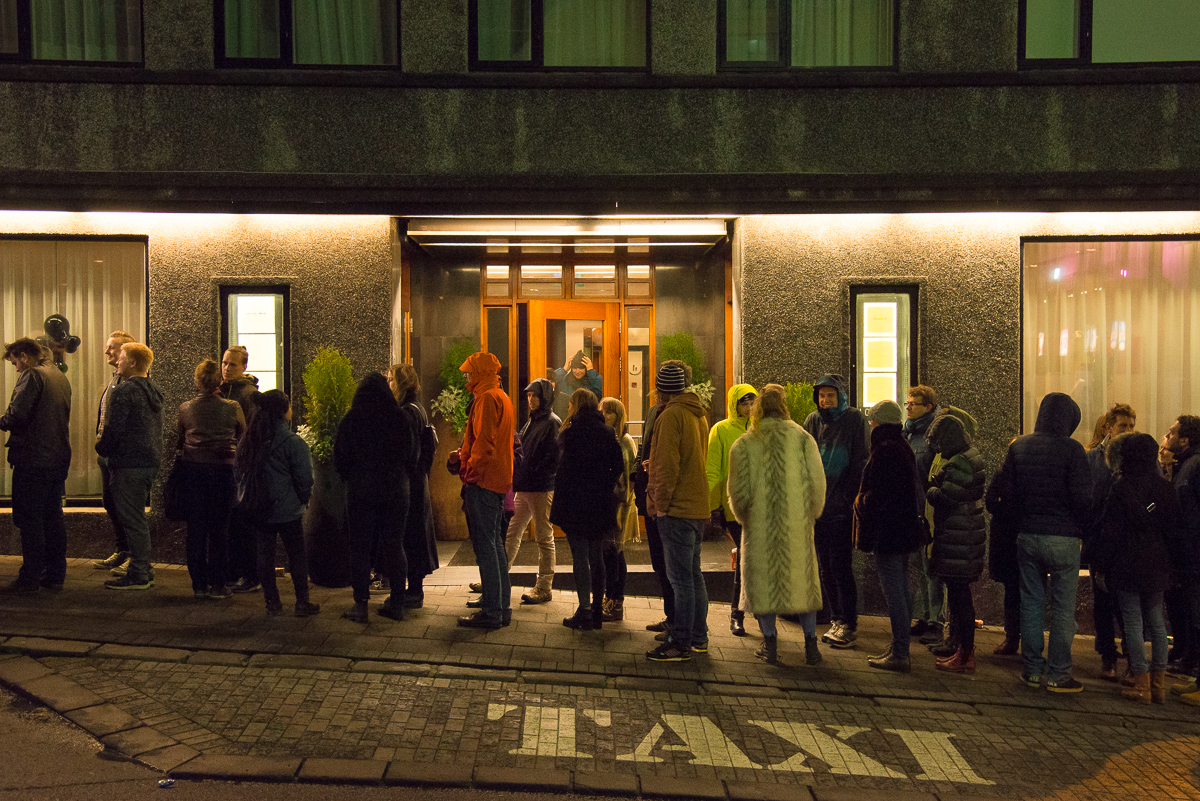 Nguzunguzu seemed to be the choice of closing act for anyone in Reykjavik interested in electronic music, and the duo - made up of LA producers Daniel Pineda and Asma Maroof – certainly made a lot of Icelandic friends. In a set that was excellent from the off, they delivered a decidedly classy, inventive but familiar blend of bass heavy electro, with nods to Chicago house, golden era hip hop rhythms and not a little RnB for good measure. As nods of appreciation soon gave way to full out raving, it was clear the evening was theirs.  [TH]