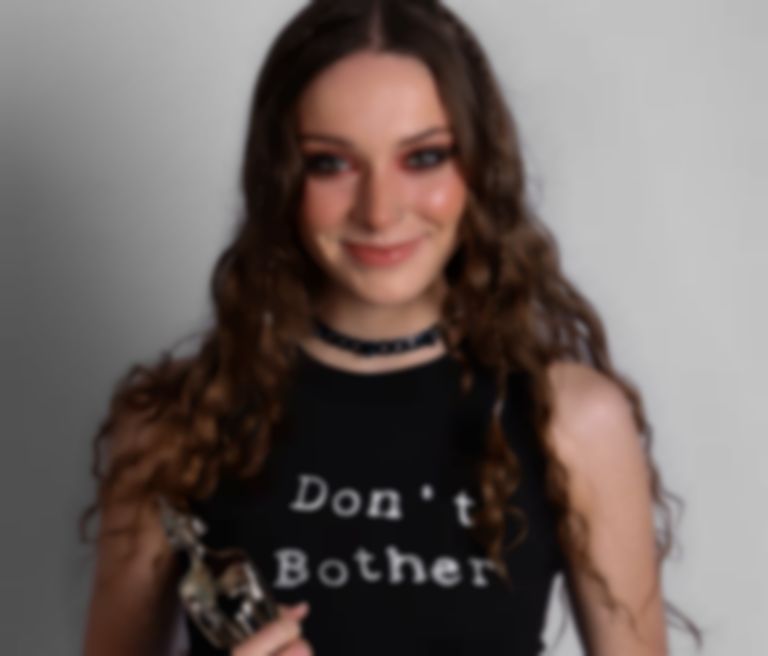 Polydor-signed Holly Humberstone has been announced as the BRITs Rising Star winner of 2022 over Bree Runway and Lola Young.

Grantham-born singer/songwriter Humberstone has gained over 200 million streams to-date, and has two EPs under her belt - last year's debut Falling Asleep At The Wheel and November's The Walls Are Way Too Thin.

As well as being nominated for the Ivor Novello Rising Star Award, and being the runner-up in the BBC Sound of 2021 poll, Humberstone has been named as the BRITs Rising Star 2022 winner after beinng nominated alongside Bree Runway and Lola Young.

Speaking about the award, Humberstone said, "I remember watching the BRITs with my parents each year and being totally awe struck by the artists coming together in what felt like another universe. Now to be named the BRITs Rising Star and nominated alongside two other incredible women, with the songs that started within those four walls at home is so mad. It just doesn’t feel real. This year has been a wild ride and a year of firsts, and I am so grateful and thankful for everyone who has helped make this happen!"

Humberstone follows in Griff's footsteps, who was named the BRITs Rising Star of 2021. A video of Humberstone being surprised with the news after their collaborative performance of "Seventeen Going Under" by 2019 winner Sam Fender has also been shared.

In the past couple of months Humberstone teamed up with Griff to perform a new version of "Friendly Fire", and also played the same song with Bombay Bicycle Club's Jack Steadman at a recent London show.

The BRIT Awards 2022 will take place on 8 February 2022 at The O2 arena in London, and will be broadcast on ITV and ITV Hub.