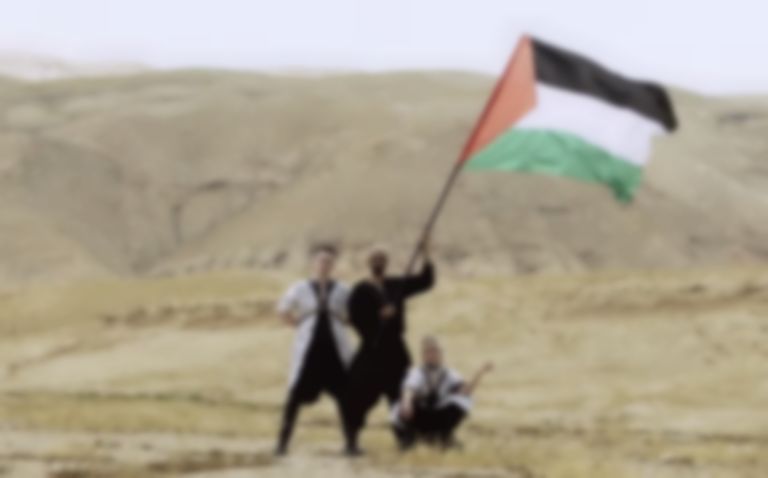 After causing a stir in Tel Aviv during last week's Eurovision Song Contest for waving Palestinian flags on screen, Iceland's Hatari - an anti-capitalist, pro-Palestine group - have revealed another project created during their time in Israel.

"KLEFI / SAMED (صامد)" sees the Icelandic group team up with queer Palestinian artist Bashar Murad to sing about liberation and freedom (according to The Reykjavík Grapevine).

After waving their Palestine flags on stage during the Eurovision finals last weekend, the contest organisers have been working out whether Hatari will face consequences for their actions. The organisers told Metro, "The Eurovision Song Contest is a non-political event and this directly contradicts the contest rule. The banners were quickly removed and the consequences of this action will be discussed by the reference group [the contest’s executive board] after the contest."

"KLEFI / SAMED (صامد)" is out now. Hatari will return to Iceland Airwaves again this November. Find out more.