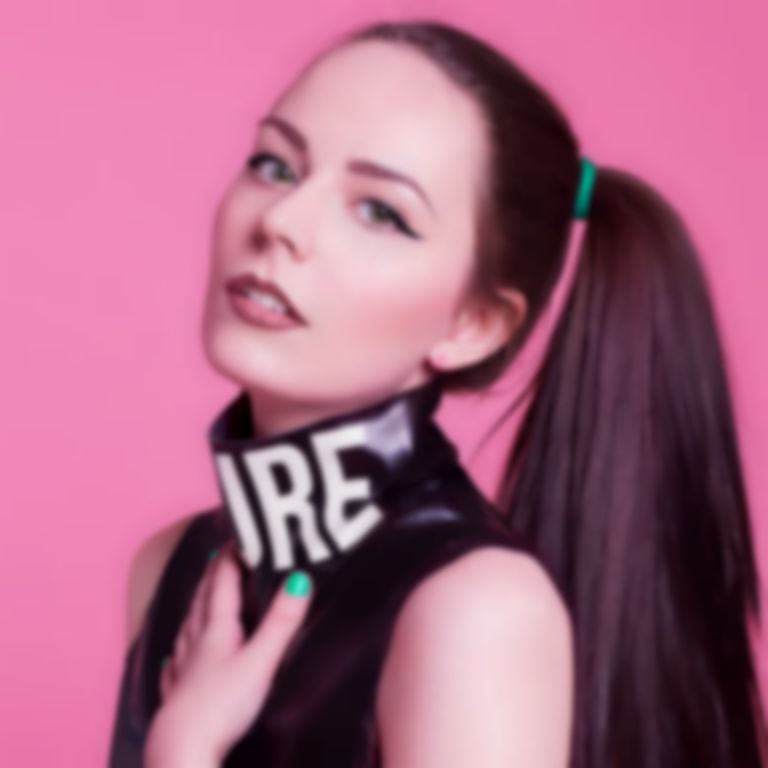 Hannah Diamond has launched a new webseries called HDTV; episode number one gets into the nitty-gritty of who Diamond is.

Diamond's probably best known for her divisive bubble-pop cut "Pink and Blue". She's on PC Music, an equally divisive label headed up by shrouded producer A.G. Cook. Since the collective exploded onto the 'net last year, bringing acts like Kane West, GFOTY, Lil Data, Danny L Harle, SOPHIE, Lipgloss Twins and more, they've gone from unknown pop outsiders to big hitters in the world of music - there were even rumours that some members were jumping on Bjork's Vulnicura.

In the video, she explains her influences behind lyrics and aesthetic - citing TLC's "Waterfalls" vid as a massive inspiration - as well as her relationship with Cook. She also reveals that something "really exciting" is coming from SOPHIE soon.

Watch Who Is Hannah Diamond? below.